"The poster is not a board, it is an advertising machine, it is above all a word... The poster is only a means of communication between the shopkeeper and the public." A.M. Cassandre

Cassandre: the most important graphic designer of the 20th century.

Pseudonym of Adolphe Jean Marie Mouron, Cassandre is a French graphic and poster designer, theatre decorator, lithographer, painter and typographer. Born in Ukraine, he spent his childhood between Russia and France. He settled permanently in France in 1915 and studied at the Académie Julian in Paris. He made his first advertising works in 1922 (margarine Sacac, pasta Garres) and then started to use Cassandre as his signature. His interest in the Bauhaus influenced the composition of his works: geometrical in order to produce a clear message. In 1925, his poster for the furniture shop "Le Bucheron" (1923) won the Grand Prix at the International Exhibition of Decorative Arts, Paris.

Influenced by cubism in his compositions, photography in his use of contre-plongée, cinema with the close-up, Cassandre simplified forms and emphasized perspectives. Following the Italian Futurists, he created a sense of speed and modernity visually, especially in his posters for trains and liners (Nord-Express and Etoile du Nord in 1927, Normandie in 1935). Typography played an important place in Cassandra's work and was an integral part of the composition. In his poster "Etoile du Nord" (1927), he overlayed the "O's" with the other letters and surrounded the poster with text, creating a frame that gave the viewer the impression of looking through the window of a train.

In 1930, Cassandre took part in the Union des Artistes Modernes (UAM) and became a member in 1933. Meanwhile, in 1931, he founded the "Alliance Graphique" agency with Charles Loupot, an agency that would disappear in the second half of the 1930s. The works of this period bear the "Alliance Graphique" logo: the shoes "Unic, chaussures d'homme" (1932), "Bonal, ouvre l'appétit" (1933), the cigarettes "Celtique" (1934), the most famous being the poster for "Le Normandie" in 1935. At that time, Cassandre produced his advertising posters for "Dubonnet". He created a succession of images and letters, making the brand appear gradually. The letters are gradually darkened and coordinated with the action of the man filling his glass: "Dubo, Dubon, Dubonnet"!

In 1936, the MOMA in New York organised a retrospective of Cassandra's posters and he was also hired by Harper's Bazaar to design the covers of their magazine. In the 1940s, he increasingly abandoned advertising and devoted himself to painting and theatre sets. 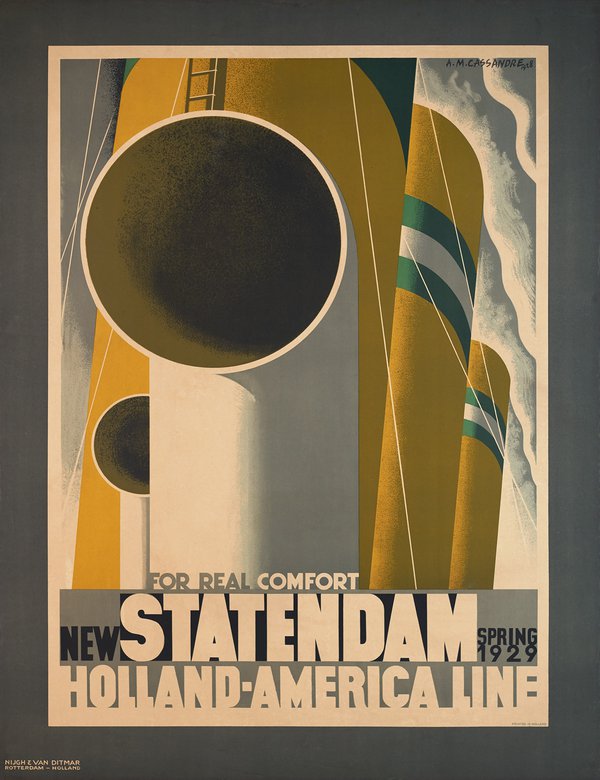 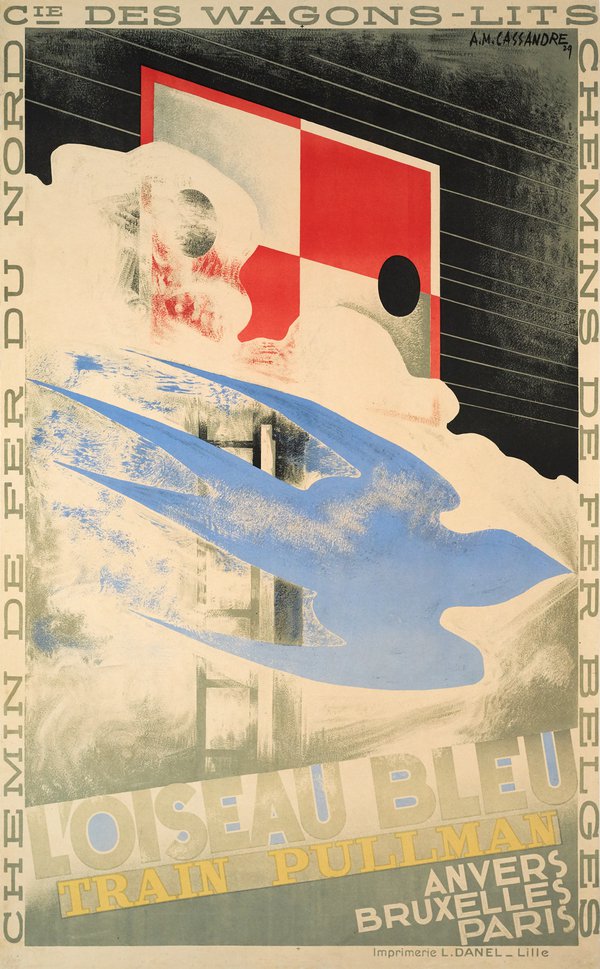 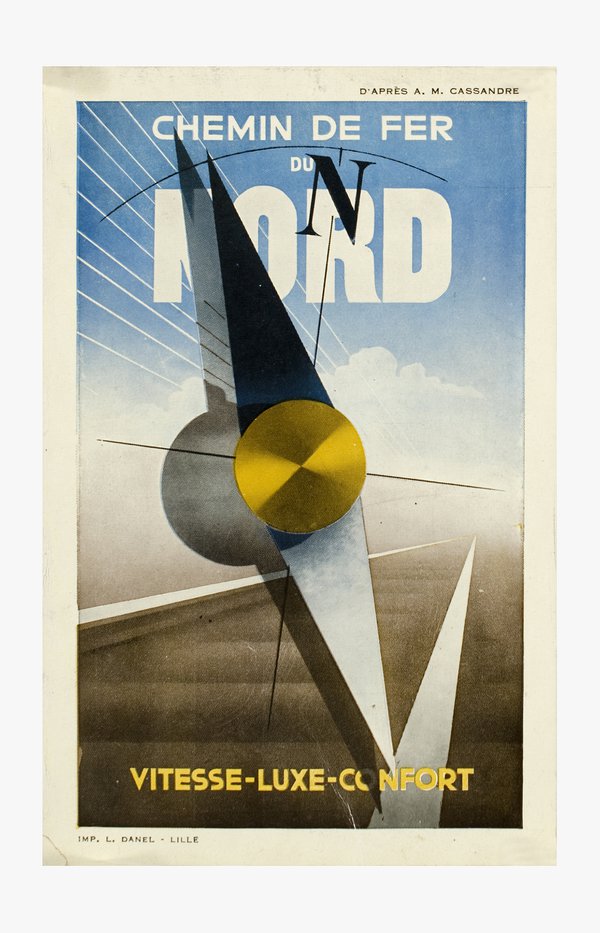 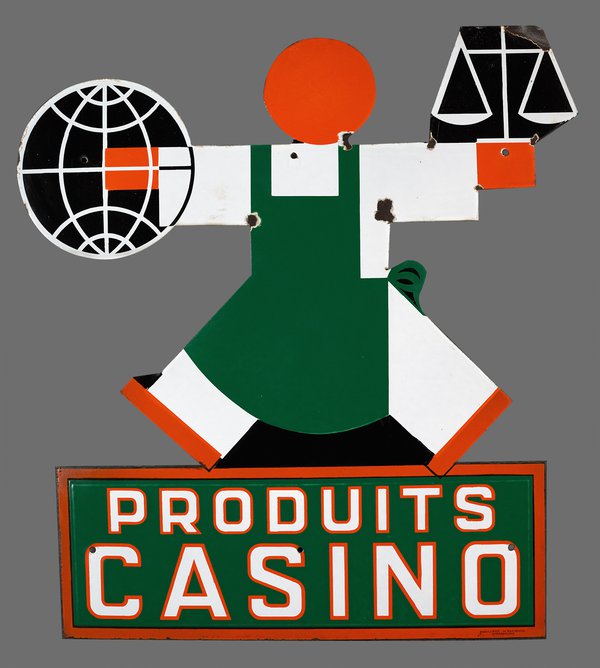 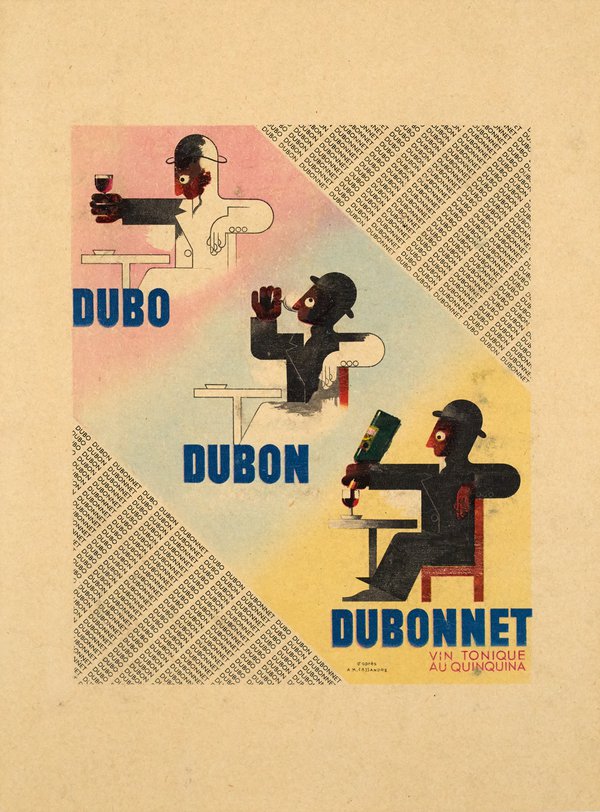 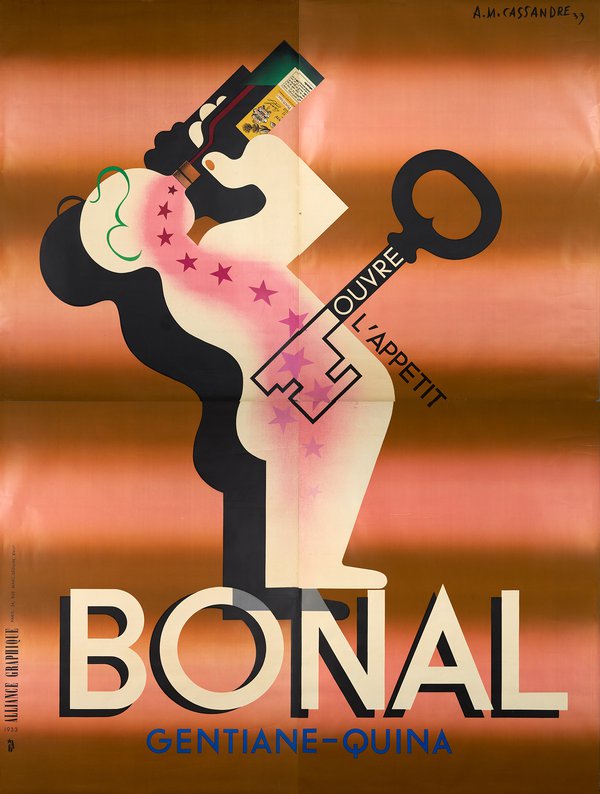 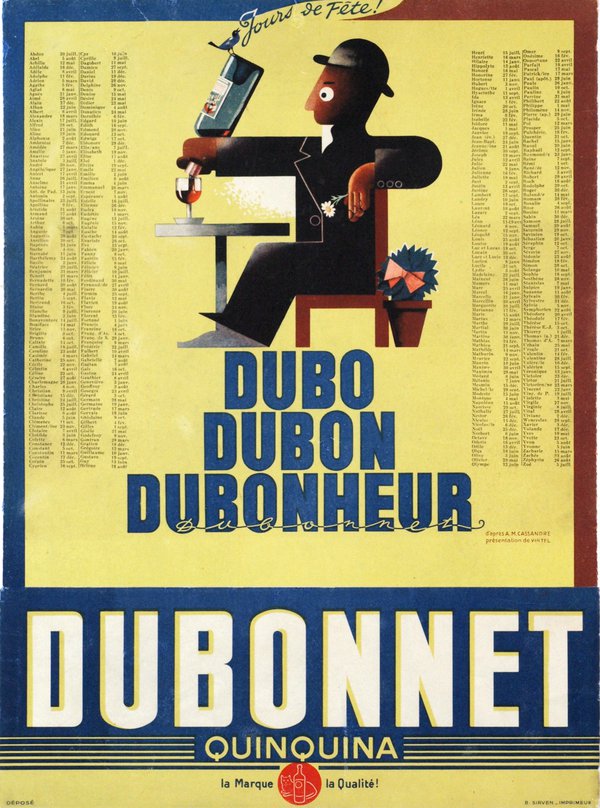 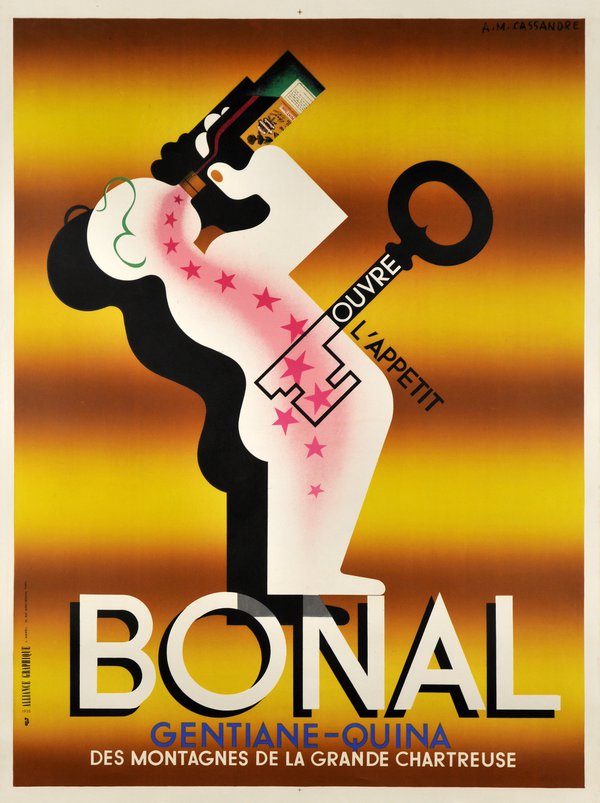 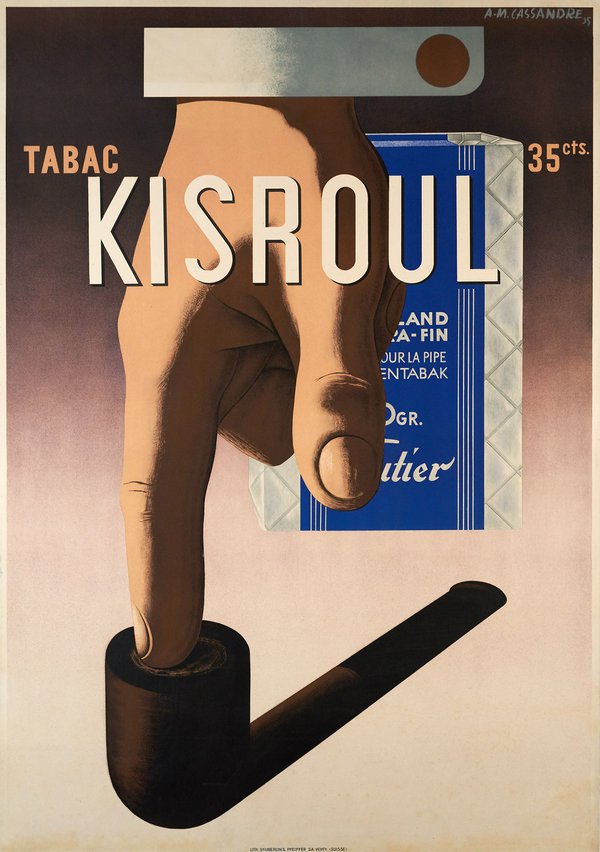 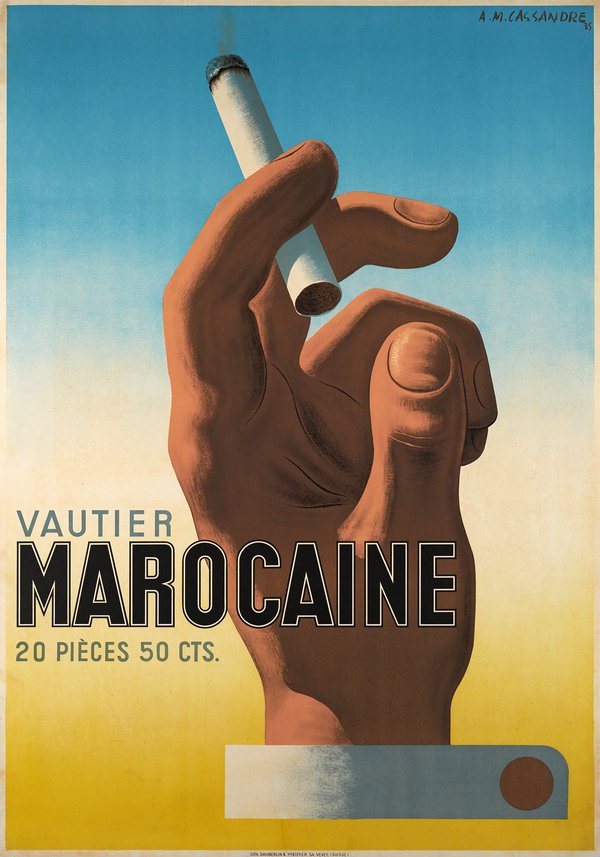 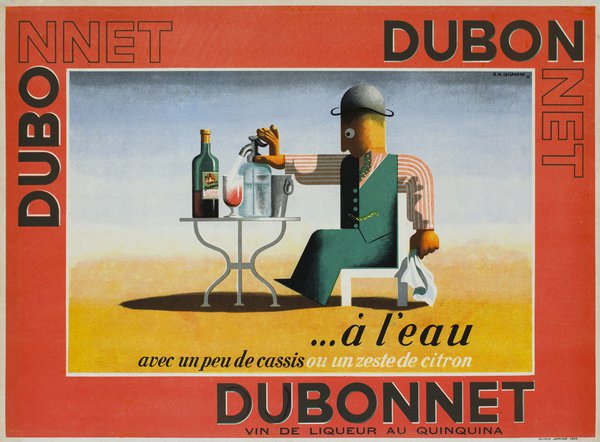 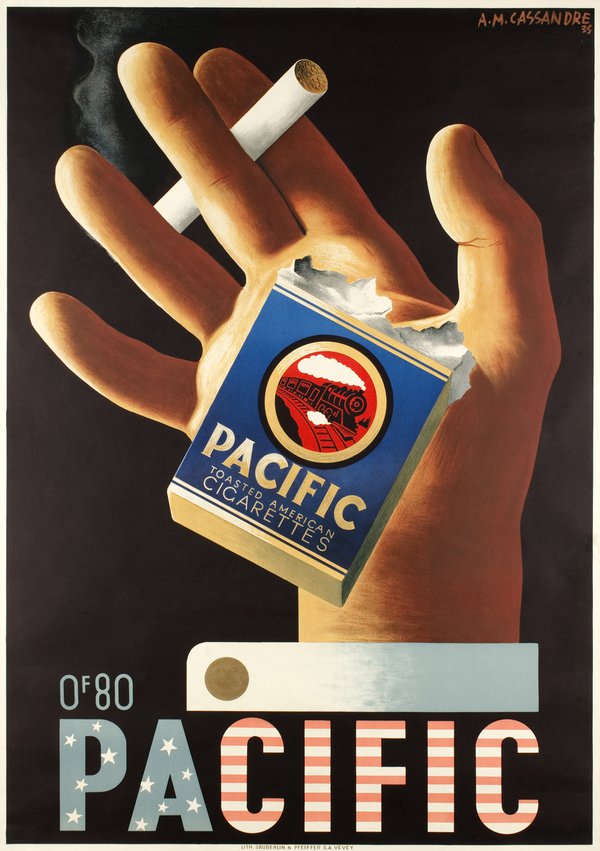 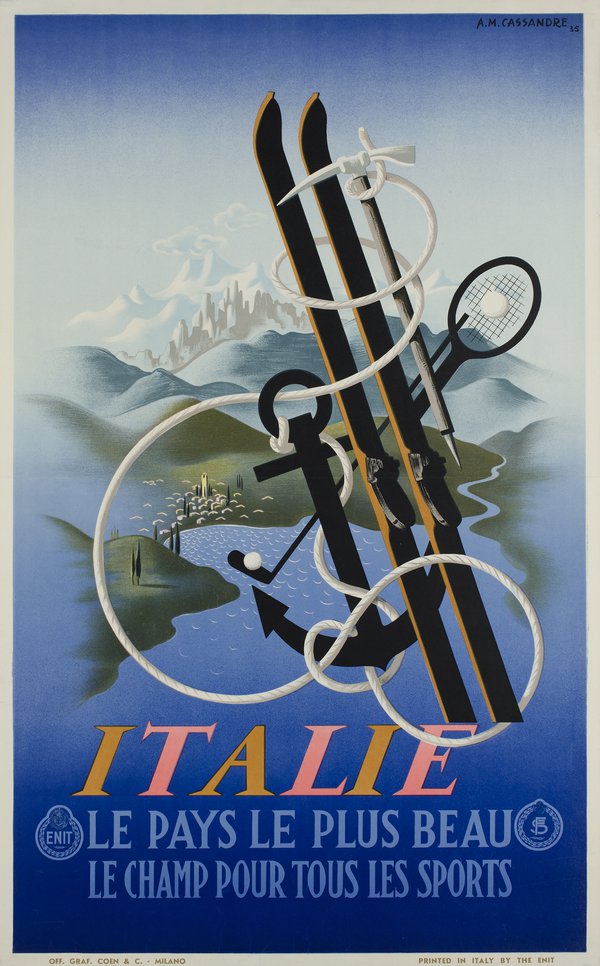 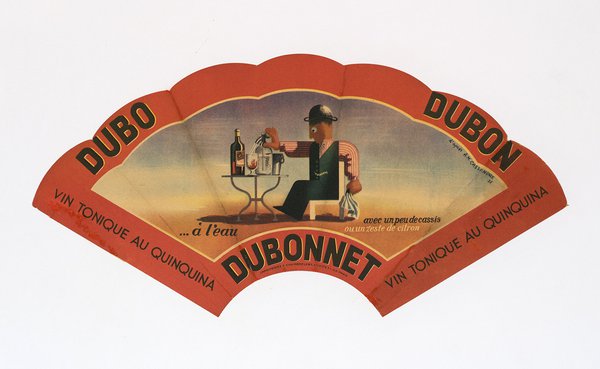 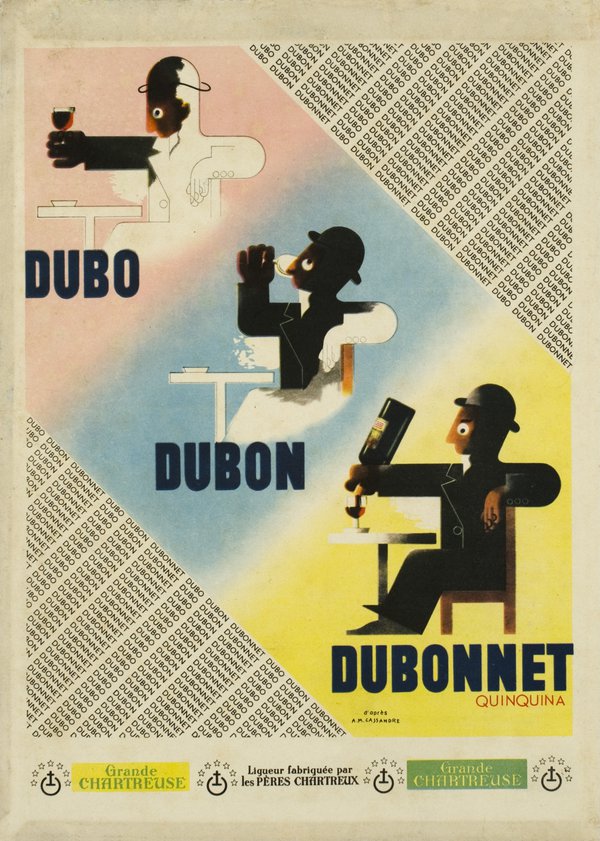 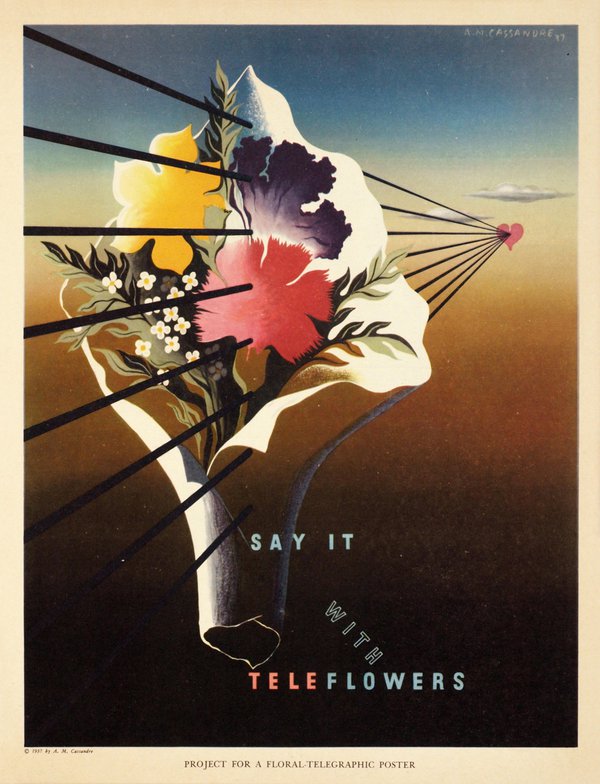 Say it with TeleFlowers, project for a floral telegraphic poster 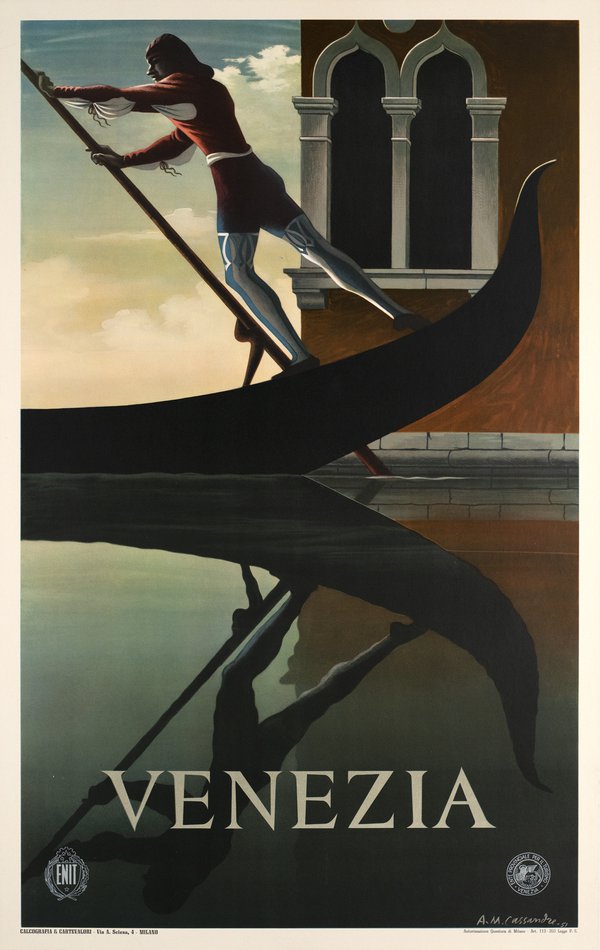