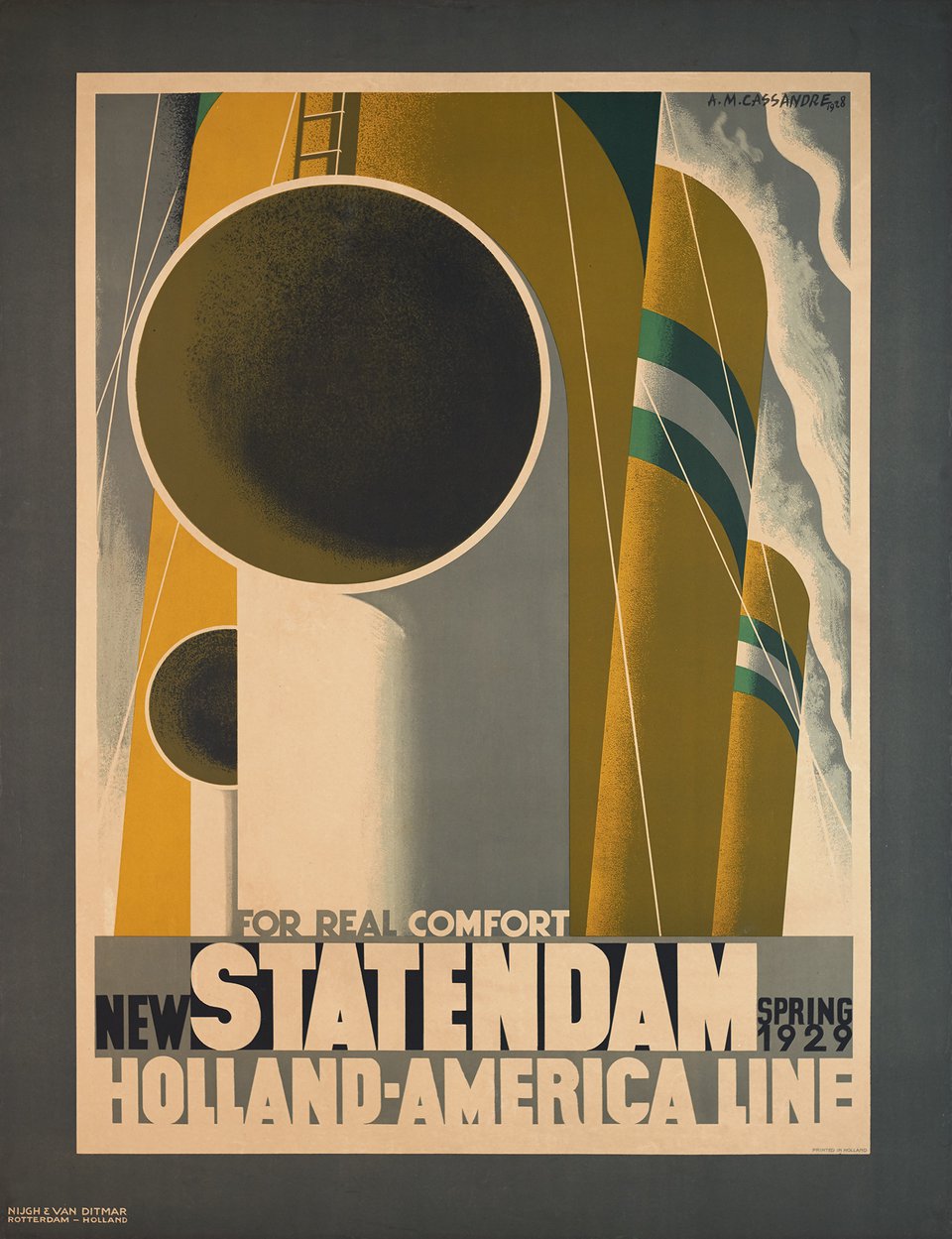 In this poster, A.M. Cassandre frames the chimneys of the Statendam III in close-up - directly derived from film techniques. The simple lines, the monumental geometrical forms borrowed from cubism and futurism, the dynamic diagonal composition and the accentuation of perspective with the convolutions of the smoke in the background suggest an impression of power and speed. The use of a reduced colour palette reminiscent of the colours of the cruise liner itself creates a modern and elegant vision of the cruise journey. Typography also plays a decisive role in Cassandre’s work and is here an integral part of the poster's composition.

The cruise liner Statendam III, with its 205 metres long, made its maiden voyage on 11 April 1929 from the Netherlands (Rotterdam) to the United States (New York), via Boulogne-sur-Mer and Southampton. Its arrival in New York coincided with the 300th anniversary of the arrival of the first Dutch ship in America. The Holland-America line began in 1873 under the name Netherlands-American Steamship Company. Although it offered its first pleasure trips as early as 1895, it operated mainly as a carrier of immigrants from Europe to the United States.
The Statendam III, manufactured by Harland & Wolff in Belfast, Ireland, served from 1929 to 1940. Renowned both for the excellence of its machinery (its speed is 19 knots) and for the luxury of its passenger accommodation, it accommodated 1,670 passengers and 600 crew members. Its central courtyard (Palm Court) is decorated with chinoiseries with red lacquer furniture, its Great Lounge with carved oak panels, decorated with Gobelins tapestries, not forgetting the electric lifts, swimming pool, gymnasium and Turkish baths.