Alberto Giacometti is one of the most important artist and sculptor of the 20th century.

Born in Switzerland, son of the impressionist painter Giovanni Giacometti, he studied at the Geneva School of Fine Arts.
In 1922, he moved to Paris and worked with the sculptor Antoine Bourdelle.
Giacometti's work was first influenced by African and Oceanian sculpture, then by Surrealism. Surrealism play a continuous importance in his creation: dreamlike vision, objects with metaphorical functioning, magical treatment of the figure.
In 1935, he moved away from the surrealist movement and created more figurative compositions, concentrating his sculpture on the human face.
During the Second World War, he returned to Switzerland and in 1944-45 designed the sculpture that will be the prototype of his post-war standing figures: "La femme au chariot". Standing, arms alongside the body, face without expression, this sculpture is an example of Giacometti's research from 1945 on the space of representation: the figures are placed on pedestals that isolate them from the ground, or inscribed in "cages" that draw a virtual space. He seeks to capture in sculpture the fleeting vision of moving figures. His sculptures become larger and thinner, more elongated. Three themes run through all his work: the man walking, the naked woman standing, the bust.
In the course of his life, Giacometti was not only a sculptor, but also a painter and a draughtsman. He also practiced all the techniques of printmaking: wood, chisel, etching, aquatint and especially lithography, from 1949 onwards.
His lithographs are pure line drawings executed in black on paper. The rapid, nervous, repeated lines do not encircle or fix the forms but seem to make beings and things emerge from the light that bathes them and from the space they develop, as in his studio where we can see his sculpted or painted works, finished or in progress. 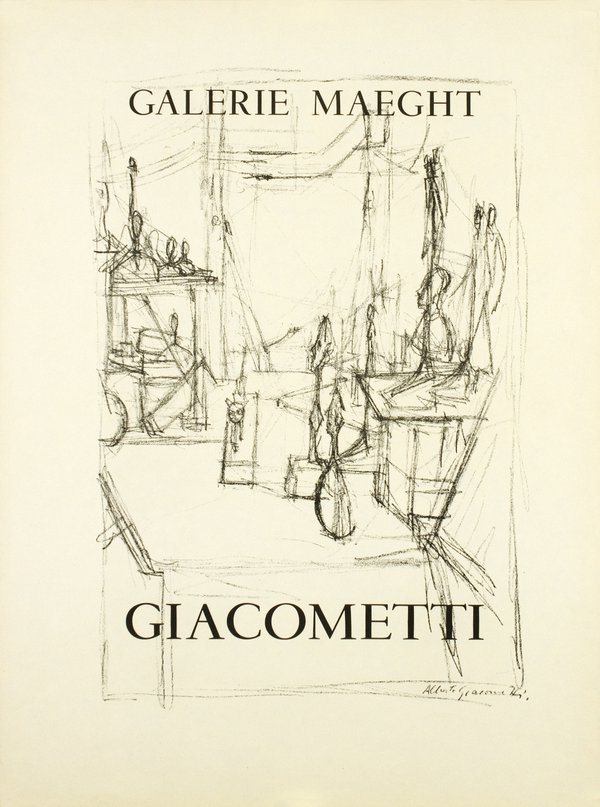 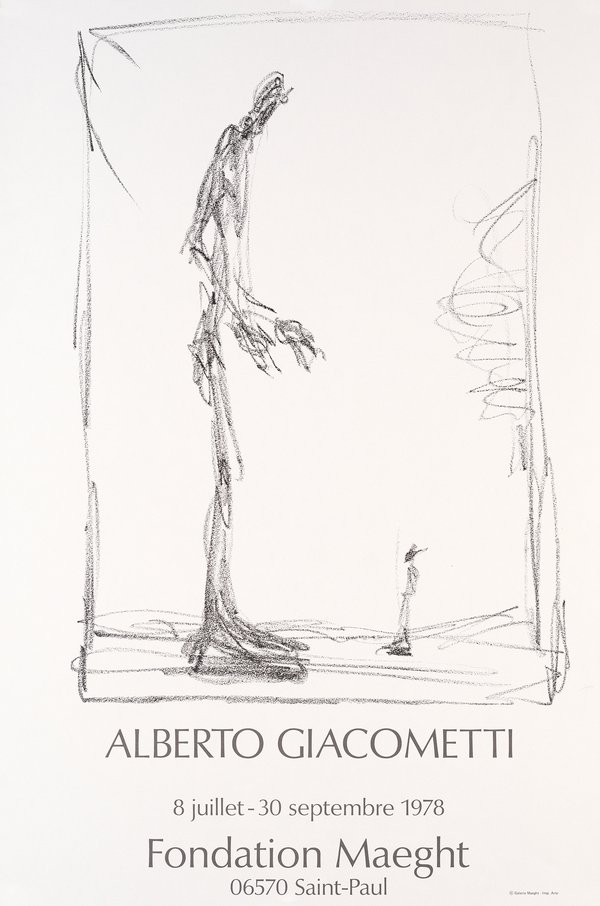 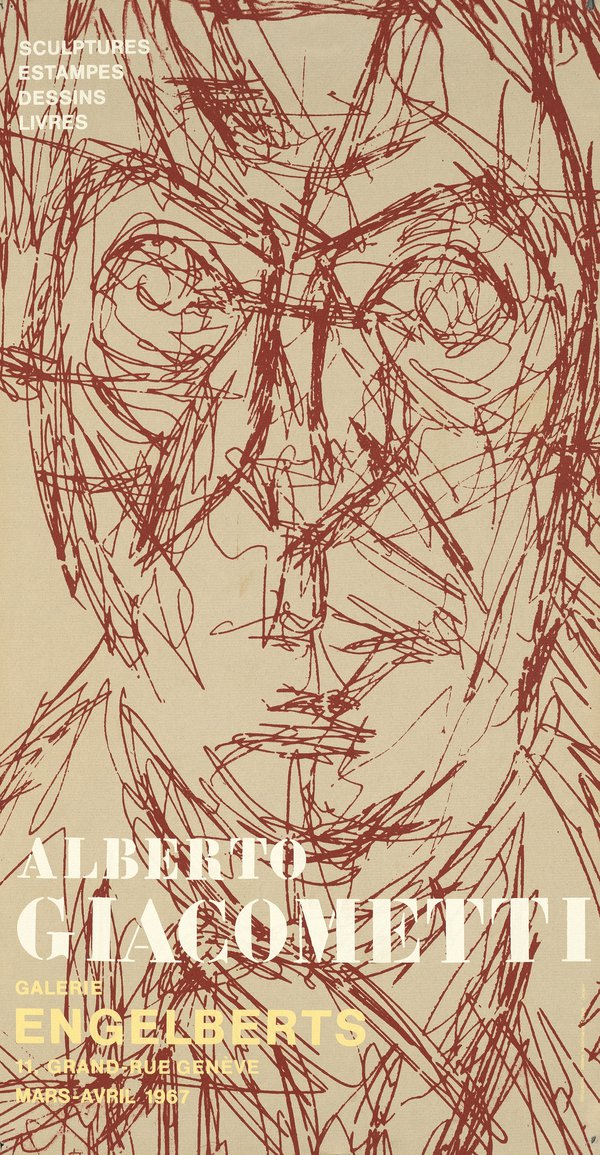 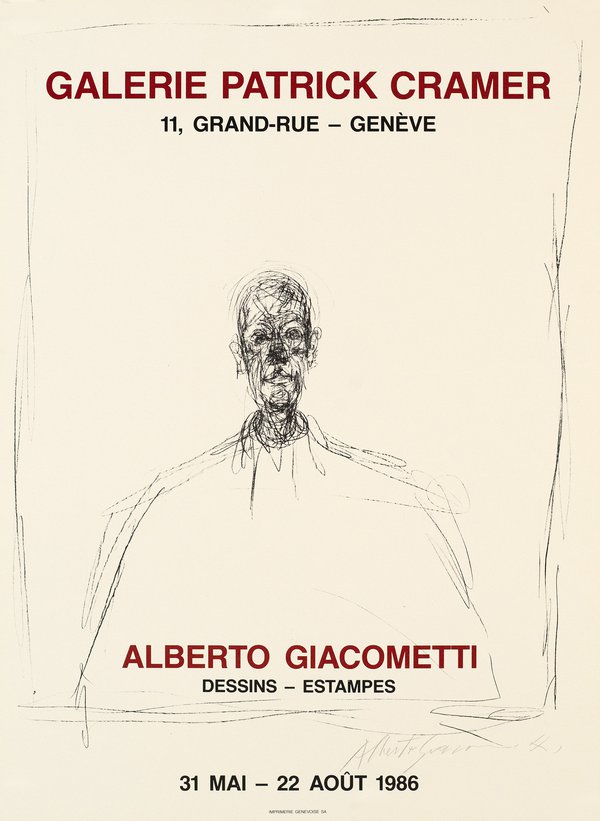 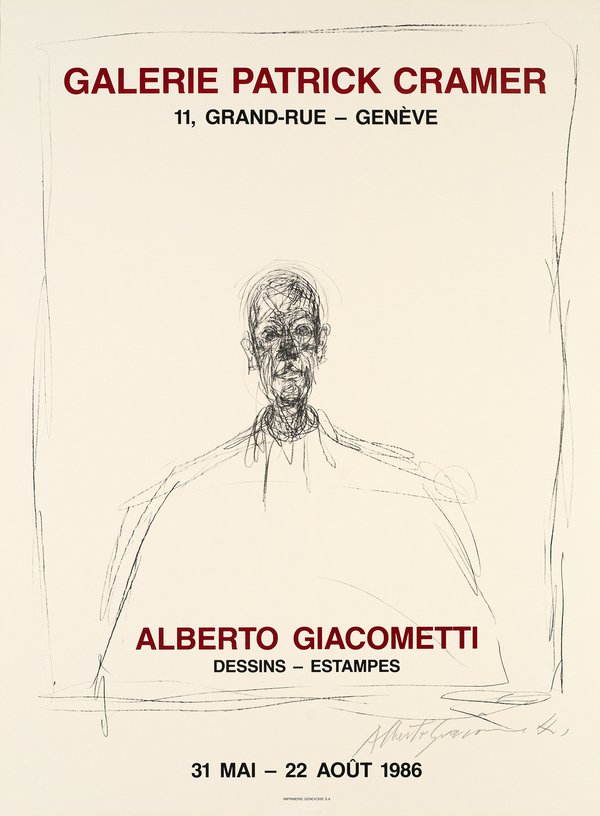