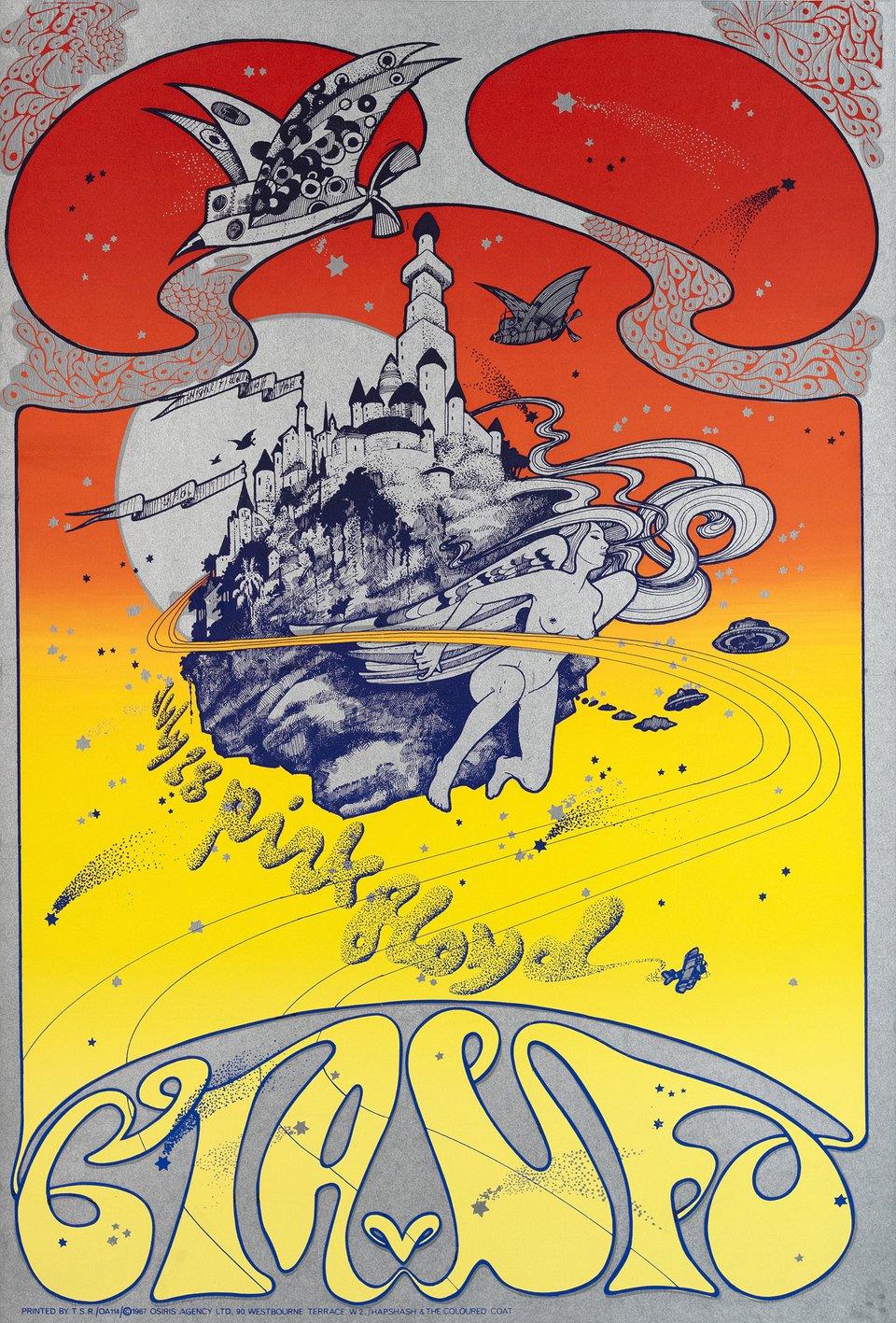 HAPHASH AND THE COLOURED COAT

"The poster depicts a naked winged woman pulling an island through space. This represents a type of UFO or Fantasy Island, from which various flying machines are emerging (planes, flying saucers, dirigibles, shooting stars). On the rocky island is a city, with banners above it that say: "Night of the UFOs." The assertion of famous architect and visionary Buckminster Fuller, that we should view our planet Earth as a space craft, influenced the design of the poster. A bi-plane flying below the island is leaving a vapor trail that reads: "July 28 pink floyd."
The idea of "CIA v. UFO" as the title of the poster came to Michael English and Nigel Waymouth as a representation of the conflict between the repressive forces of the establishment, and the new underground counterculture"
Description from pinkfloydarchives.com.