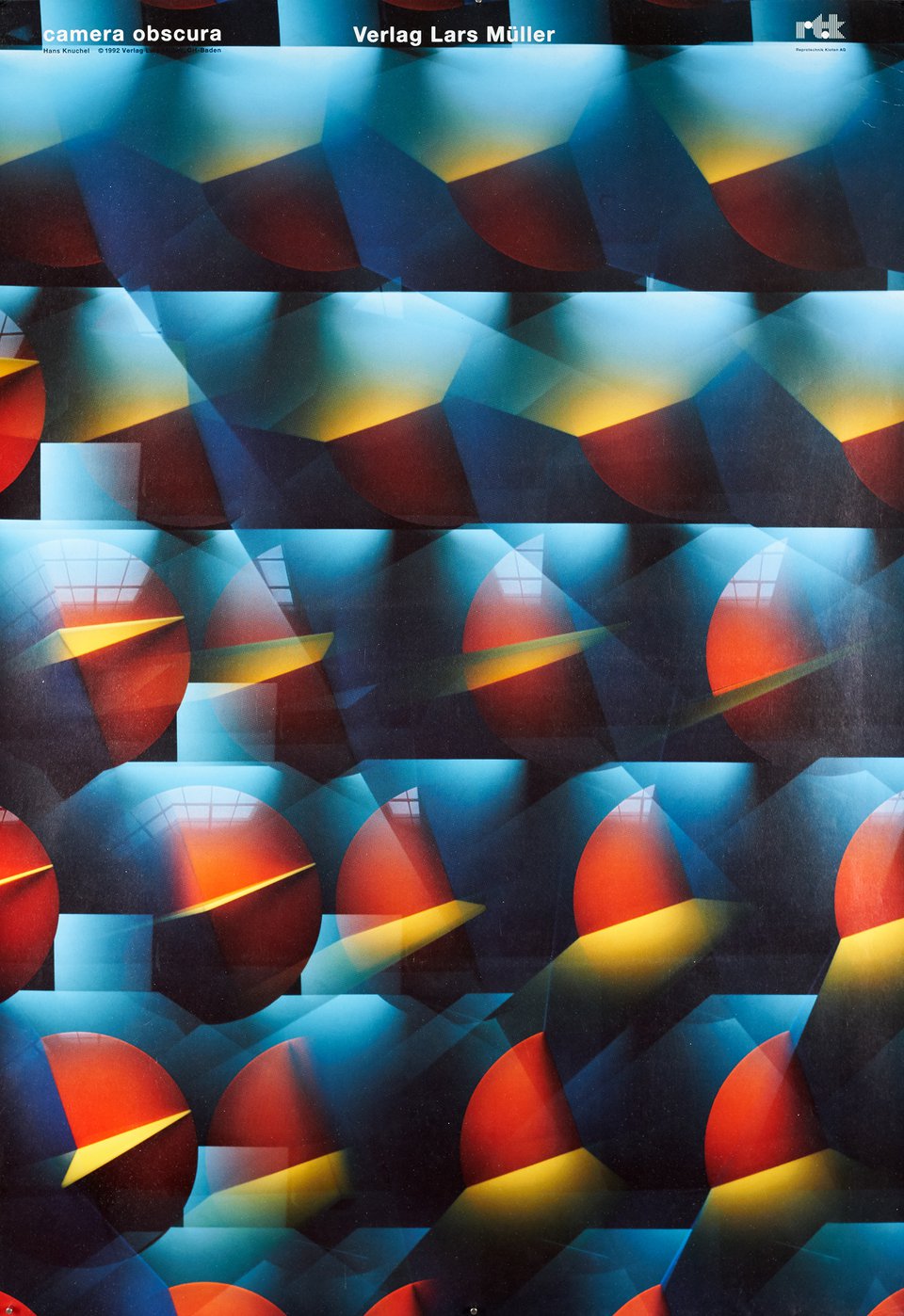 Awarded poster of the book of Hans Knuchel published by Lars Muller (verlag). Explaining the natural optical phenomenon of camera obscura; pinhole image where an image of the scene at the other side of a screen is projected through a small hole in that screen as a reversed and inverted image on a surface opposite to the opening.

This camera obscura produces an optical illusion; the viewers are prompted to interpret the color and image reflections produced by this pinhole photograph.