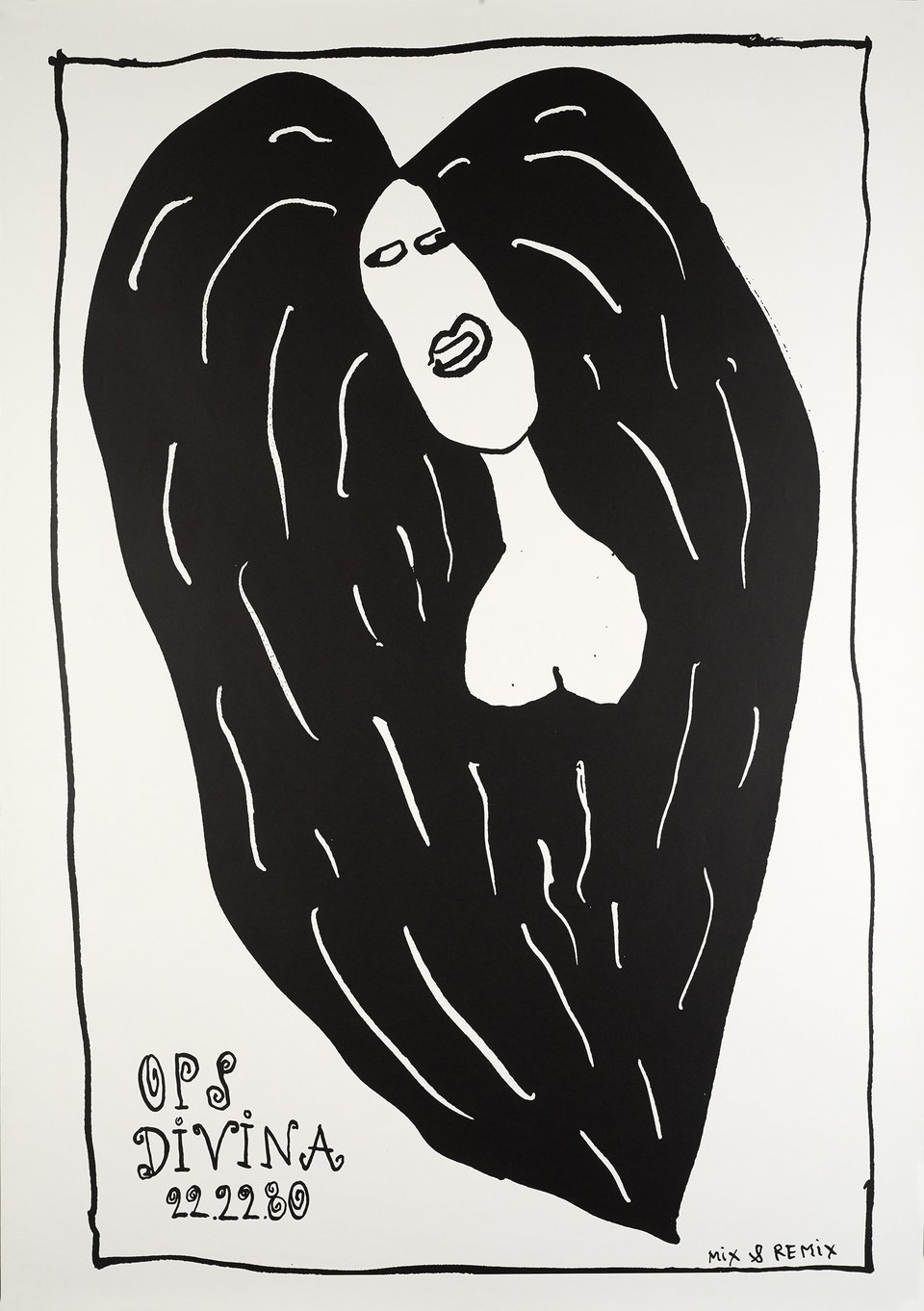 Salon de coiffure à Bern. Hairdressing salon in Bern. The creator of this poster, Philippe Becquelin as known as Mix & Remix, was a famous Swiss designer creating satirical comics for the Swiss print press as the « l’Hebdo » or the Swiss broadcast show «infrarouge»

His satirical illustration design style is also reflected at this poster, presenting a woman’s figure with a long and fluffy hairstyle proposed by the hair salon OPS Divina in Bern Switzerland.

This illustration was granted the Swiss Poster Award in 1991.