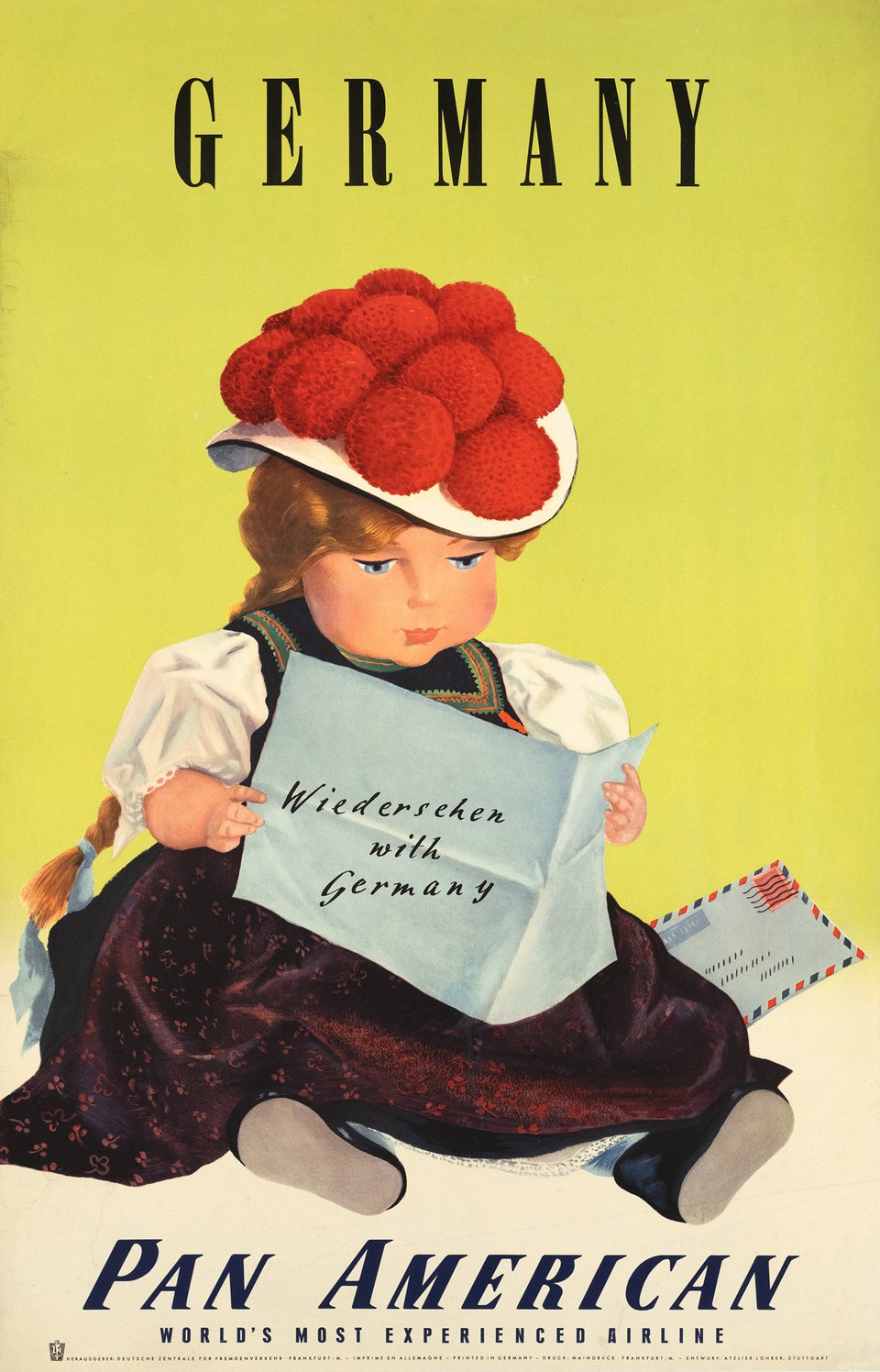 102 x 66 cm
40 x 25 inch
Pan Am Clipper to Roma. The company began in 1927 as Pan American Airways flying air mail. Flying boats were used to link the US with South America and then over the Pacific and Atlantic oceans. Boeing 377 Stratocruisers were used on the post-war services under the name of "clipper". When Boeing developed the B-29 Stratofortress during WW II, it was soon realized that it was the beginning of a new plateau of aircraft technology. The USAAF and Boeing soon realized that an impressive transport aircraft could be developed from the bomber, and the 367 C-97 was flying by the end of the war. The B-29's wings, engines, and tail were mated with a completely new fuselage, whose dimensions at that time looked fantastic. The front looked bluff and unstreamlined, but the maximum speed was calculated to be as high as the bomber's. The plane was tailored to the military's needs, but as the war was winding down, the aircraft manufacturer began to think of ways this new technology could be translated into an airliner derivative.