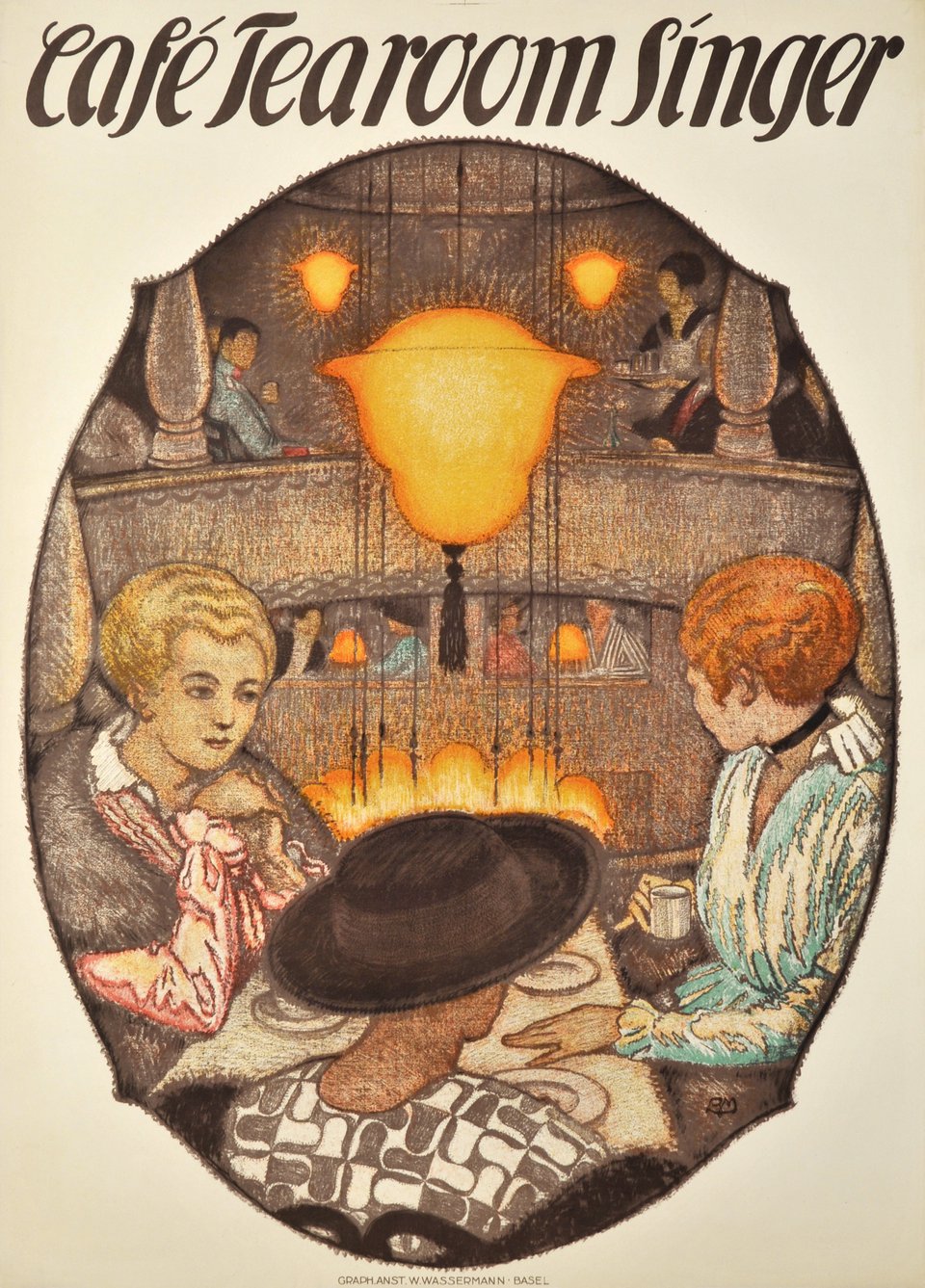 "Coffee tea-room Singer" in Basel Switzerland. A beautiful Art nouveau poster by Burkhard Mangold, the Grand Father of the Basel school. He was a painter, glass etcher, illustrator and poster designer. Many of his posters are directly influenced by his work on glass and the middle ages culture together with the Art Nouveau and the Secession avant-garde and later with the Art Deco. This unique style make him as one of most important Swiss poster artist of the beginning of the XXth century. A museum piece finely printed in stone-lithography still in excellent condition, extremely rare and highly collectable.