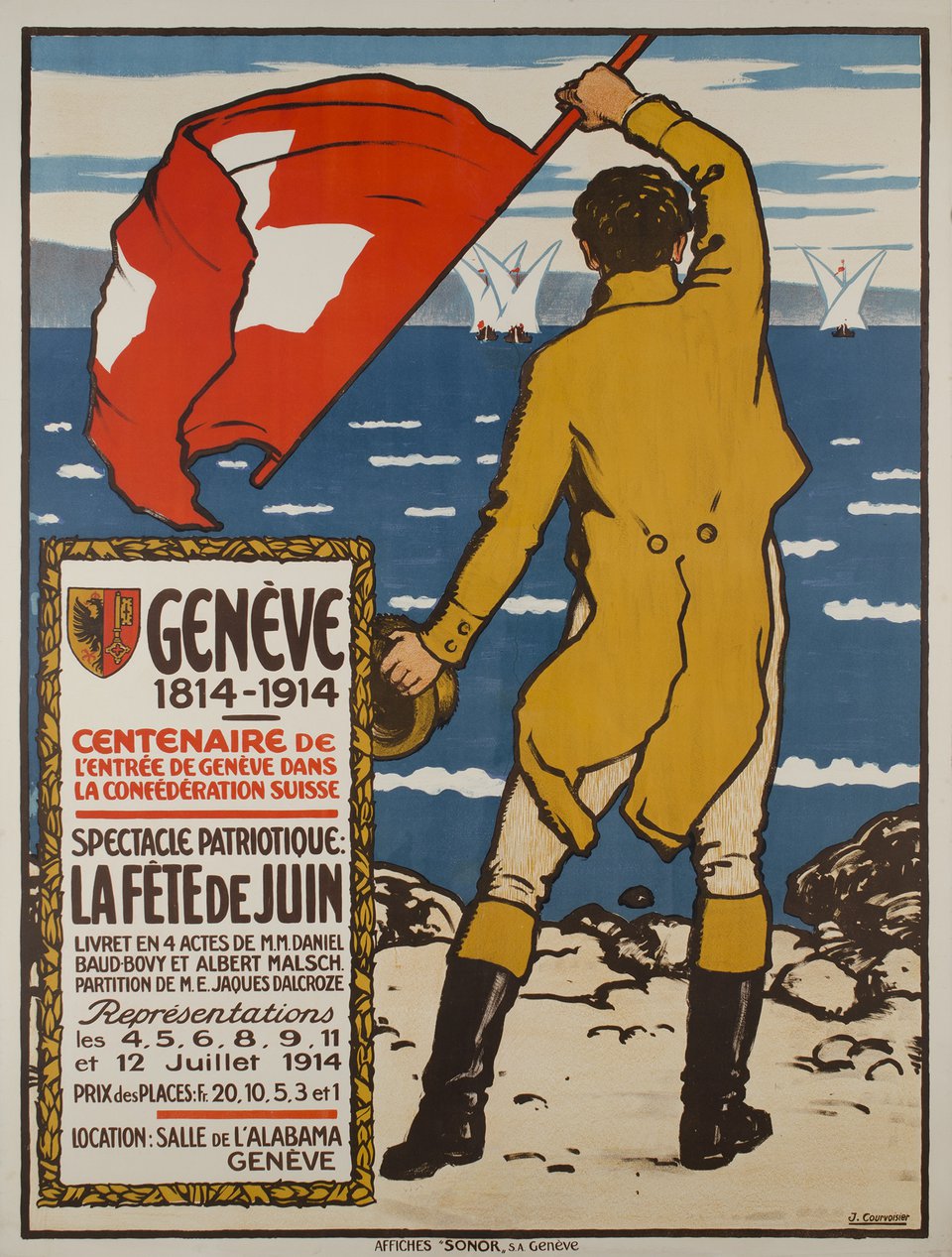 One of the most famous vintage posters of Geneva by Jules COURVOISIER, for the centennial of the official admission of the Geneva State into the Swiss Confederation, June 1st 1814.

This poster featuring a Genevan citizen welcoming the other Confederate States on the Geneva Lake arriving by sailboat. This event is considered as the beginning of the military alliance, by giving military support between federal States. Since, and every June 1st, a parade fanfare processes through Geneva old town to the "Port Noir".This poster is announcing a patriotic show written by Emile Jaques Dalcroze.