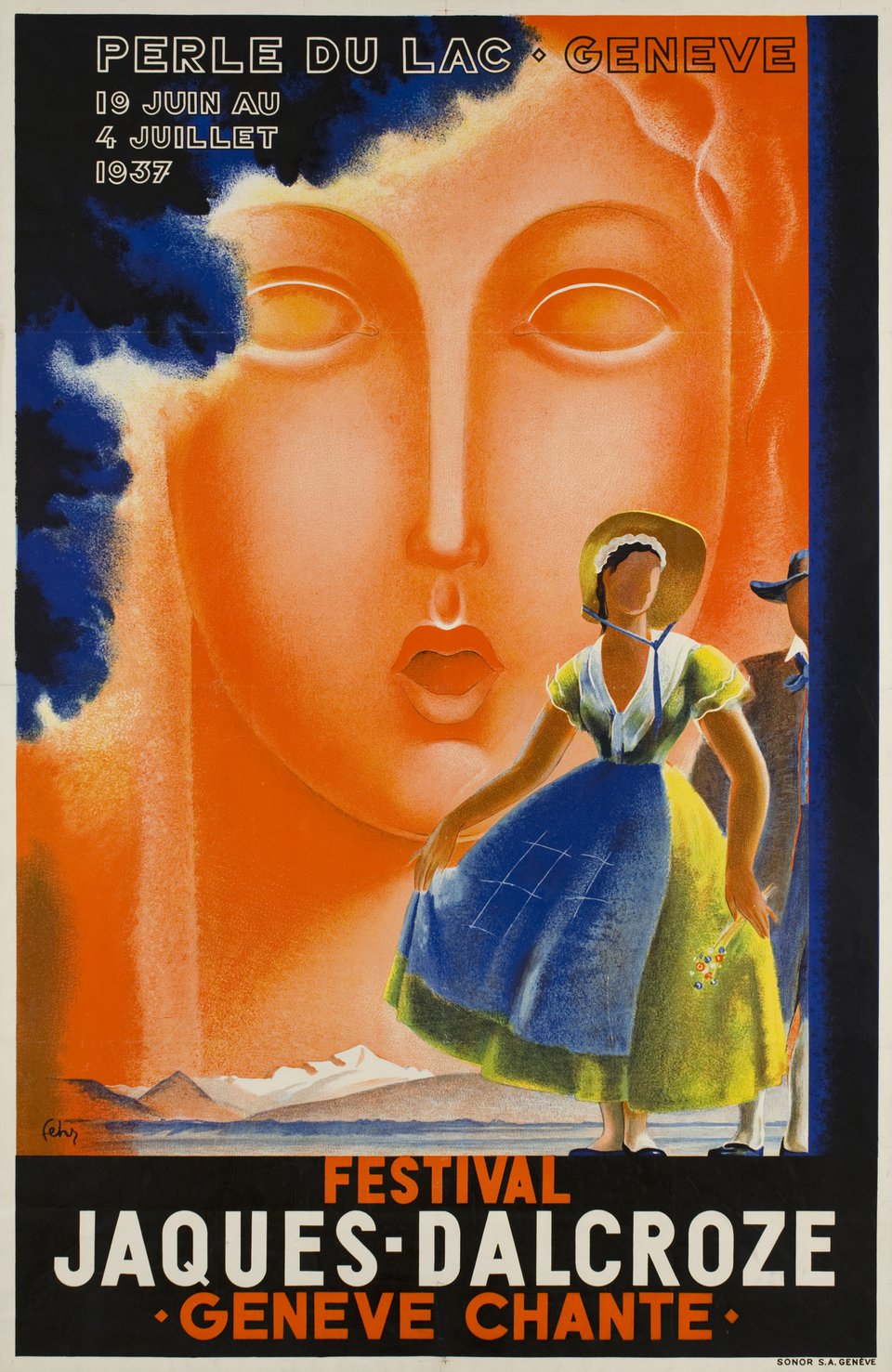 Emile Jaques-Dalcroze (1865-1950) was a Swiss music composer. He created a new mode of teaching music (eurythmics) which took a kinesthetic awareness of music into account. He founded the Jaques Dalcroze Institute in Geneva where he teached is new method and pursued pedagogical research. In 1914 he created a spectacular pageant (Festspiel), "La Fête de Juin", celebrating the centenary of Geneva's entry into the Swiss Federation. Then, he organized every year a music festival: in 1937 the Swiss designer Henri Fehr was asked to create a poster for this annual event.