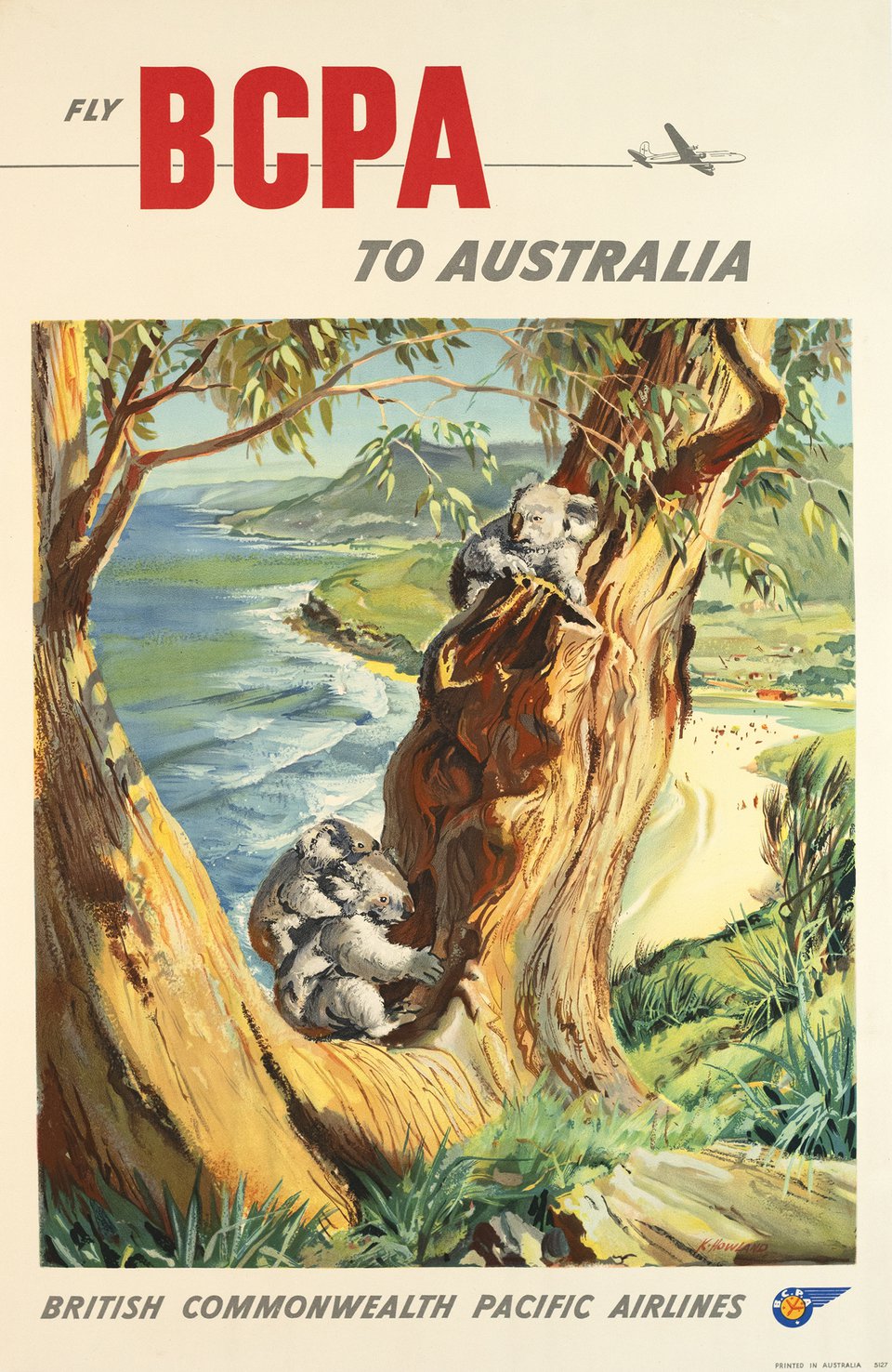 Extremely rare BCPA poster printed in stone-lithography, showing Australian Koalas. The British Commonwealth Pacific Airlines was registered in New South Wales, Australia in June 1946 with headquarters in Sydney. It was formed by the governments of Australia, New Zealand and the UK to pursue trans-Pacific flights. The original route was Sydney-Auckland-Fiji-Canton Island- Hawaii-San Francisco-Vancouver and later included Melbourne. Initially, BCPA chartered all flights to the Australian National Airways, which used its Douglas DC-4s. In late 1948, BCPA took delivery of the first of four Douglas DC-6 aircraft.