Herbert Matter is a Swiss graphic designer and photographer considered to be the founder of the modern photomontage in Switzerland.
After studying painting at the "Ecole des Beaux-Arts" in Geneva, he joined the "Académie de l'Art Moderne" in Paris in 1927 under the direction of Fernand Léger and Amédée Ozenfant. From 1929 to 1932, he worked as a graphic designer for the famous Deberny et Peignot agency where he met A.M. Cassandre and Le Corbusier. With one, he designed several posters and the other architectural projects for exhibitions.
Back in Switzerland, he created a new aesthetic by integrating photography into graphic design to promote tourism in Switzerland.
His posters for the Swiss Tourist Office (1934 to 1936) mix photographs of young faces, the Alps, Swiss symbols and typographic elements. Matter plays with perspectives, light contrasts and a reduced colour palette. His posters are dynamic, young and cheerful. Matter reinvents the Swiss tourism posters and presents a modern world. Thanks to the use of photomontage technic, the viewer can identify himself with the character depicted.
In 1936, Matter immigrated to the United States and worked as a photographer for Vogue and Harper's Bazaar. In 1939, he designed the interior of the Swiss pavilion at the World's Fair in New York. He then presented the image of a dynamic Switzerland by creating a monumental three-dimensional photomontage.
Matter is an all-round artist: as a graphic designer he created the visual identity of important American companies such as the "New Haven Railroad", the "Guggenheim Museum" and 2Knoll International"; as a photographer he documented the work of Mark Rothko, Jackson Pollock and Alberto Giacometti; as a filmmaker he made a film about Calder. He also taught photography and graphic design at "Yale University" for more than 20 years. In 1982, he was named "Honorary Royal Designer for Industry" by the United Kingdom and in 1983 he was awarded the Gold Medal by the "American Institute of Graphic Arts" (AIGA) for life achievement.
With his photomontage, overprints and use of negatives, Herbert Matter revolutionized the design of posters. He created an impression of speed through the use of arrows, straight lines, grids and sharp flat areas.
His innovative and iconic works have left their mark on the whole of 20th century design. 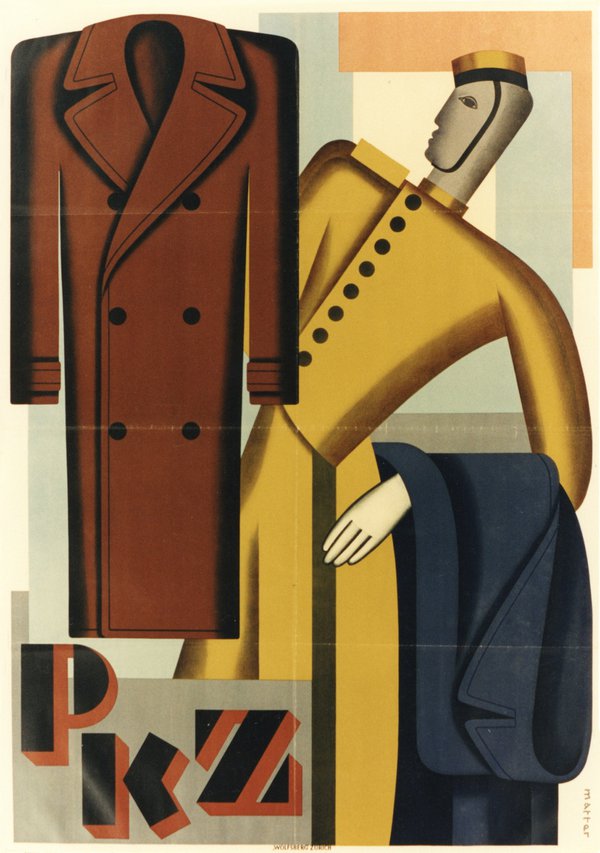 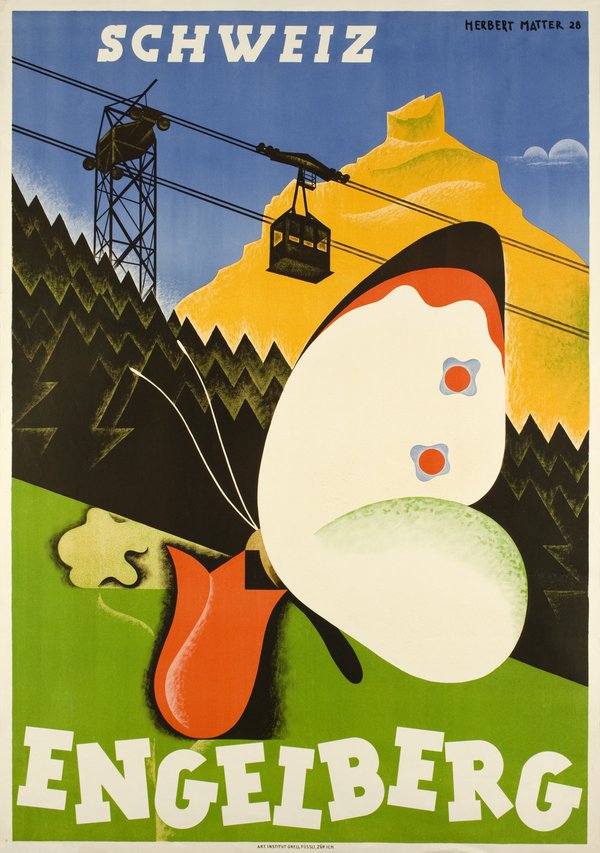 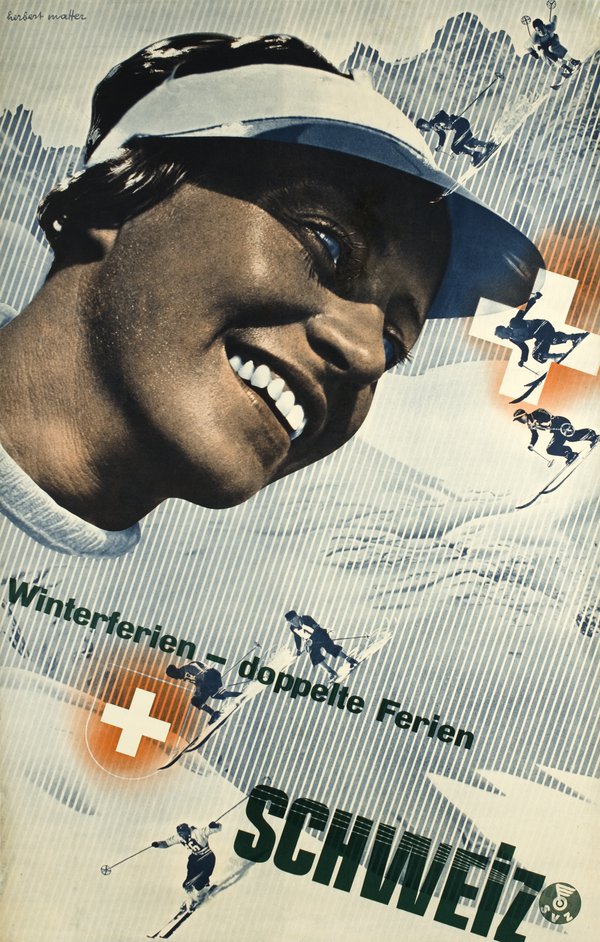 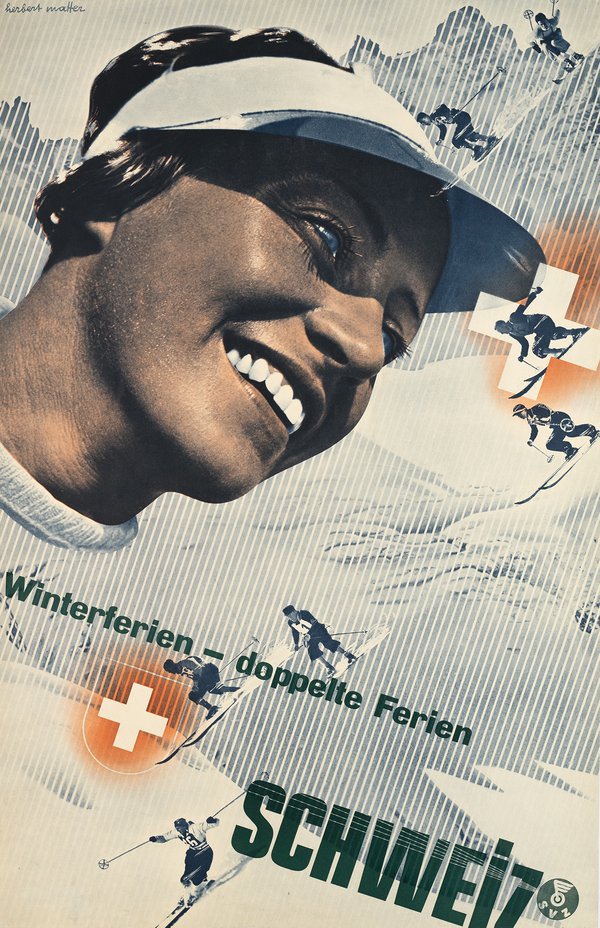 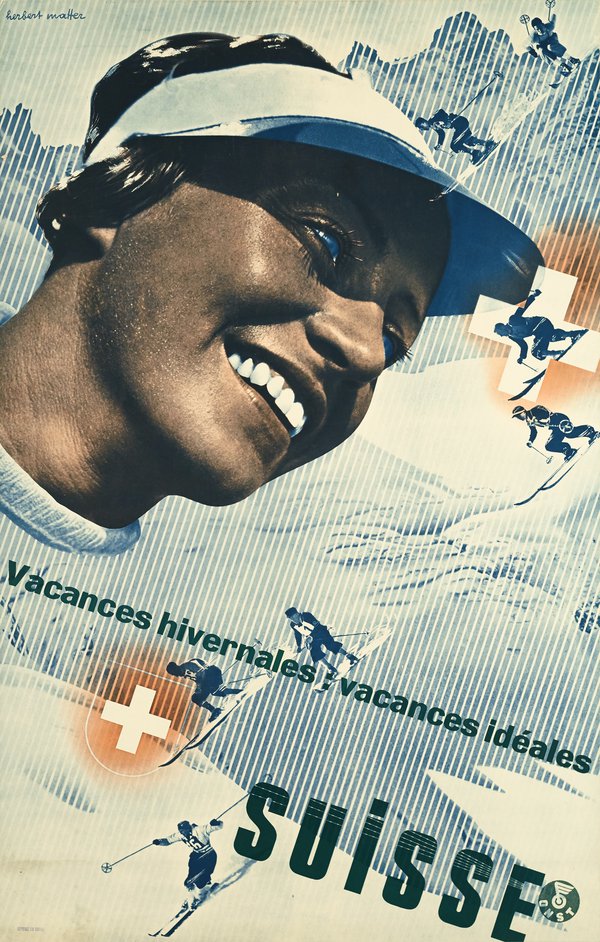 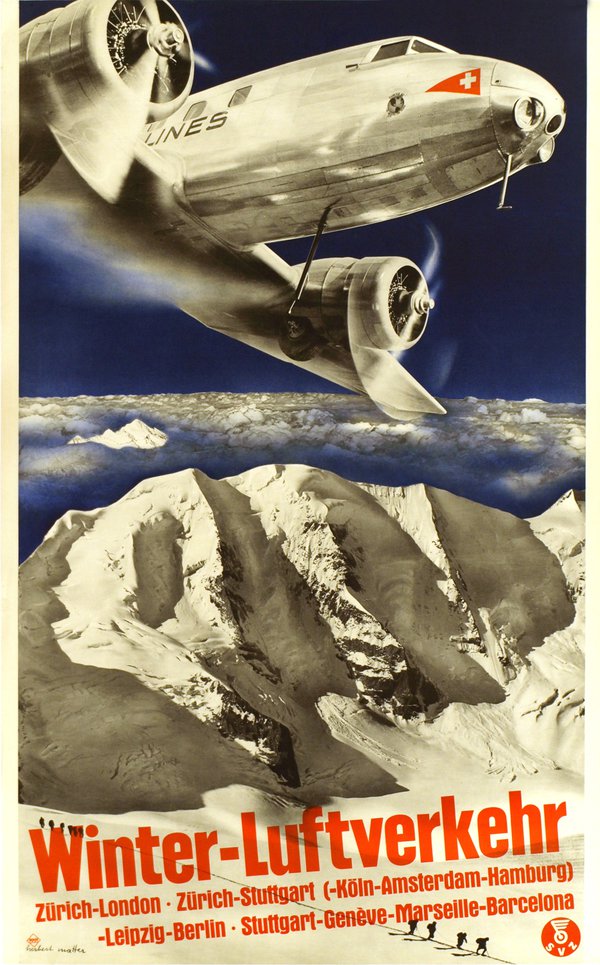 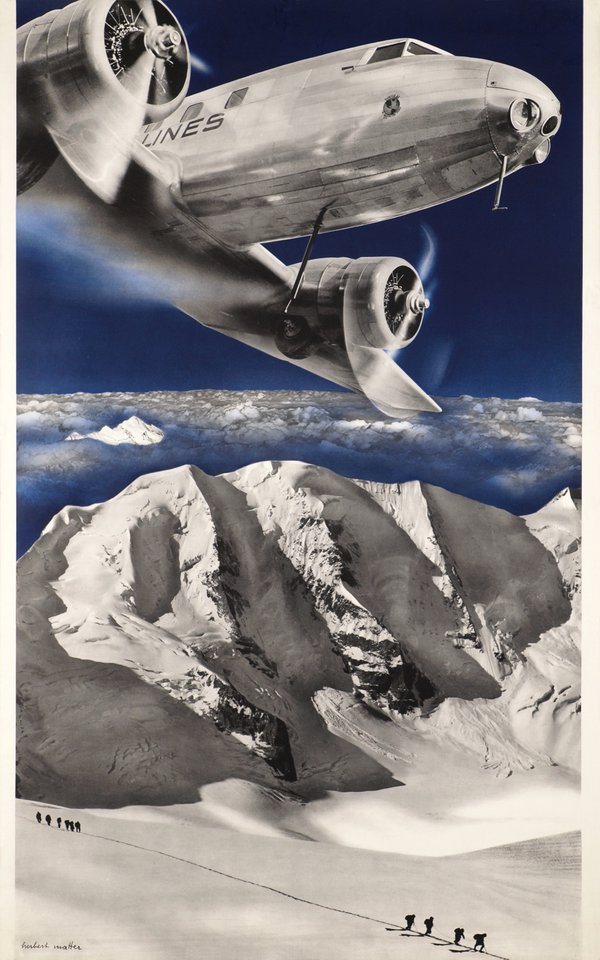 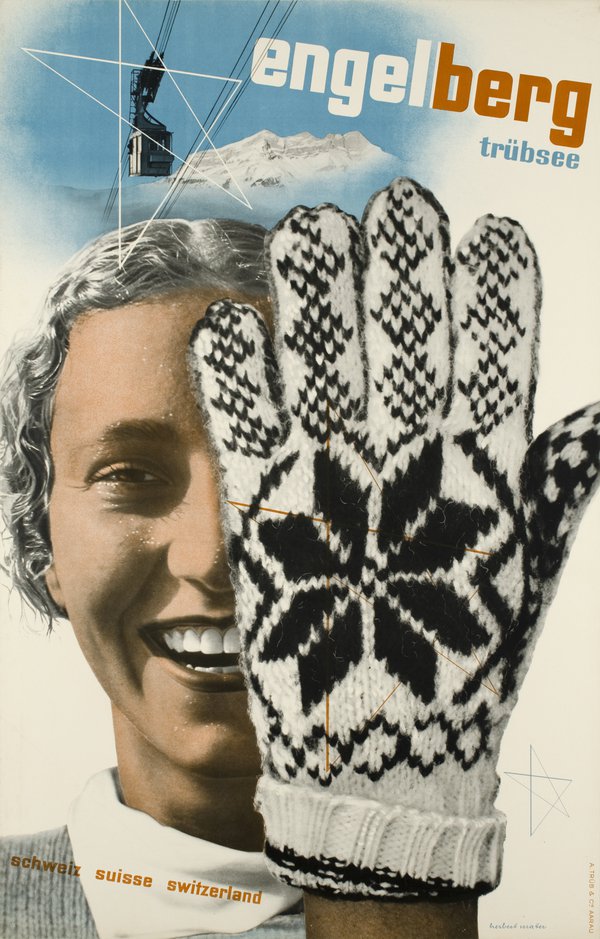 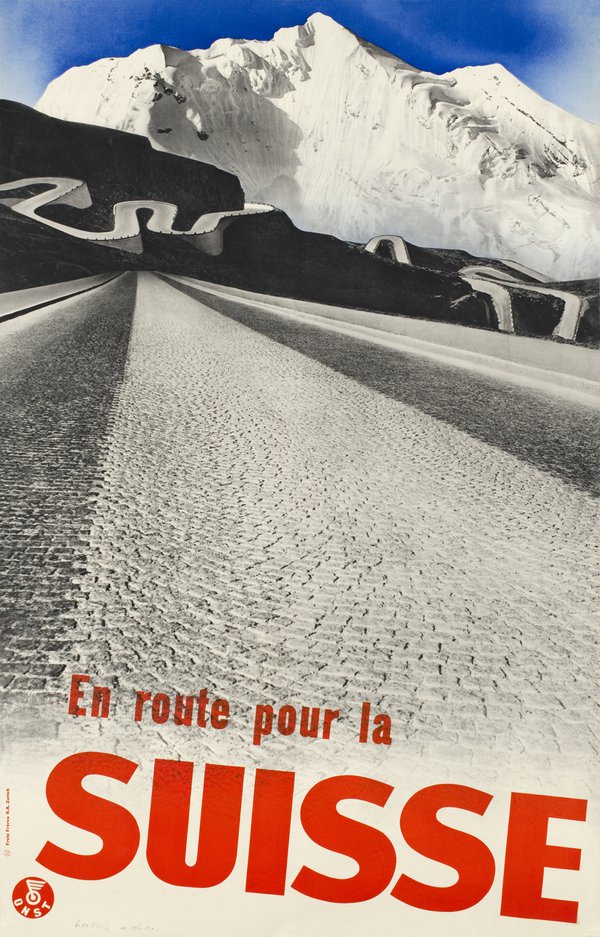 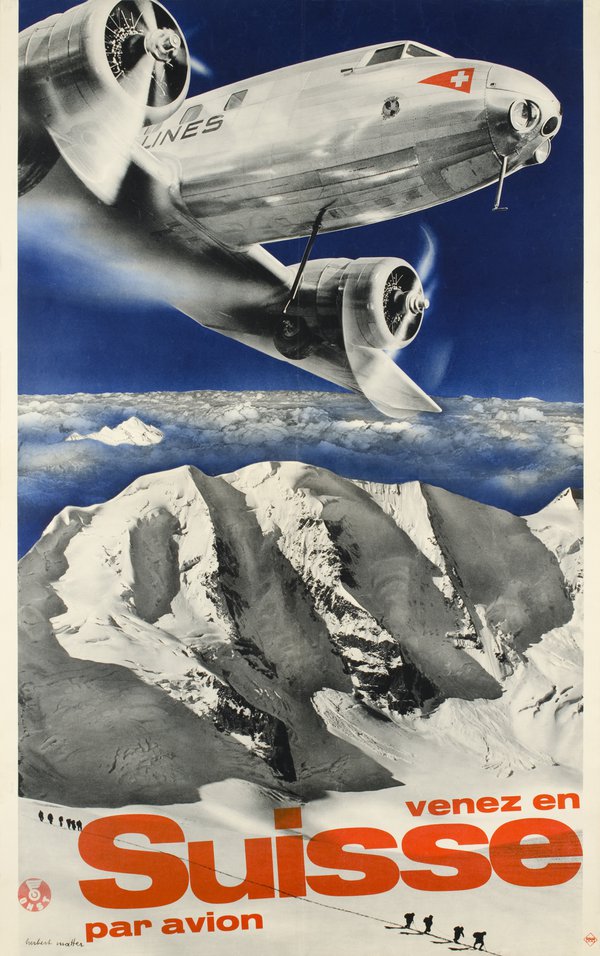 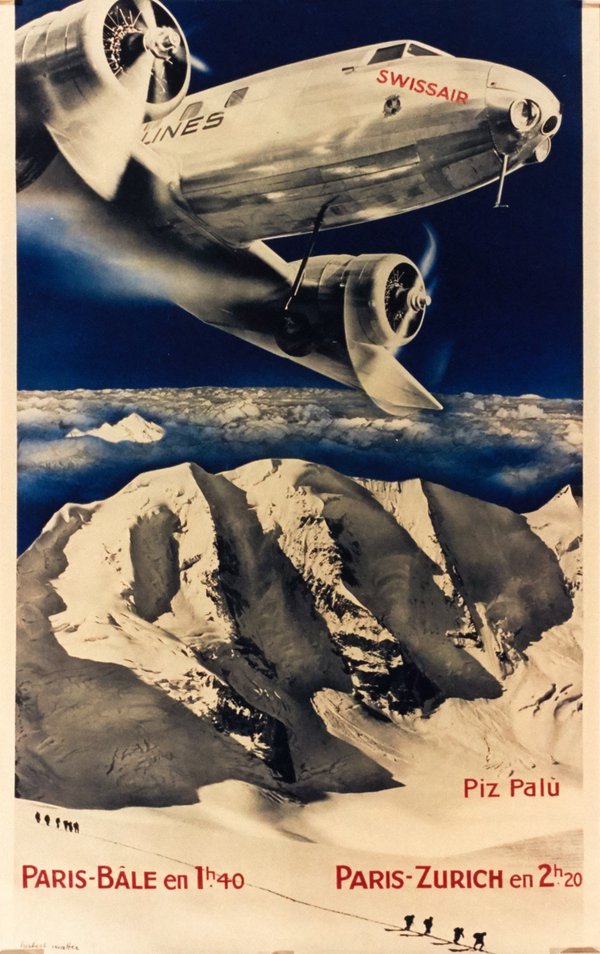 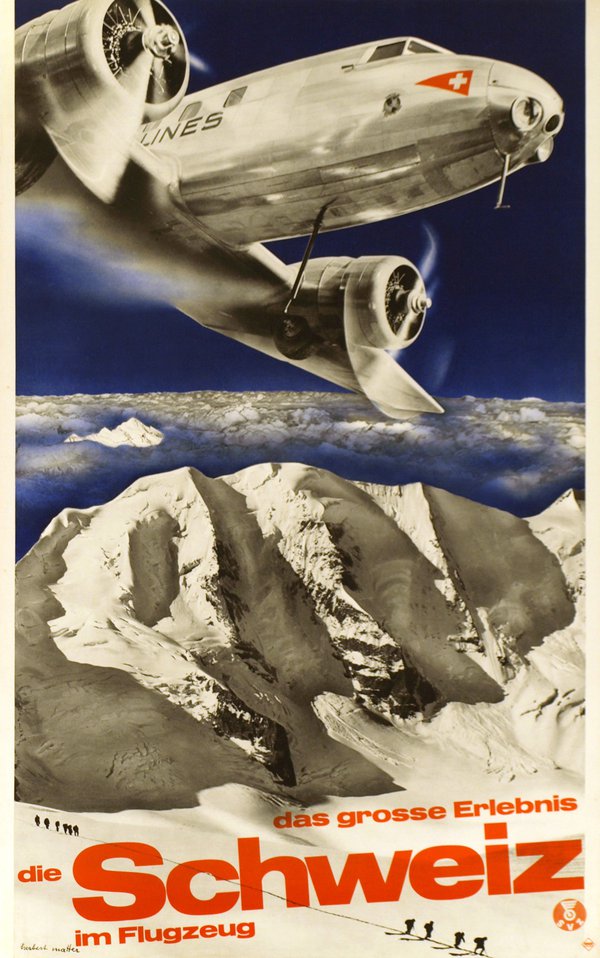 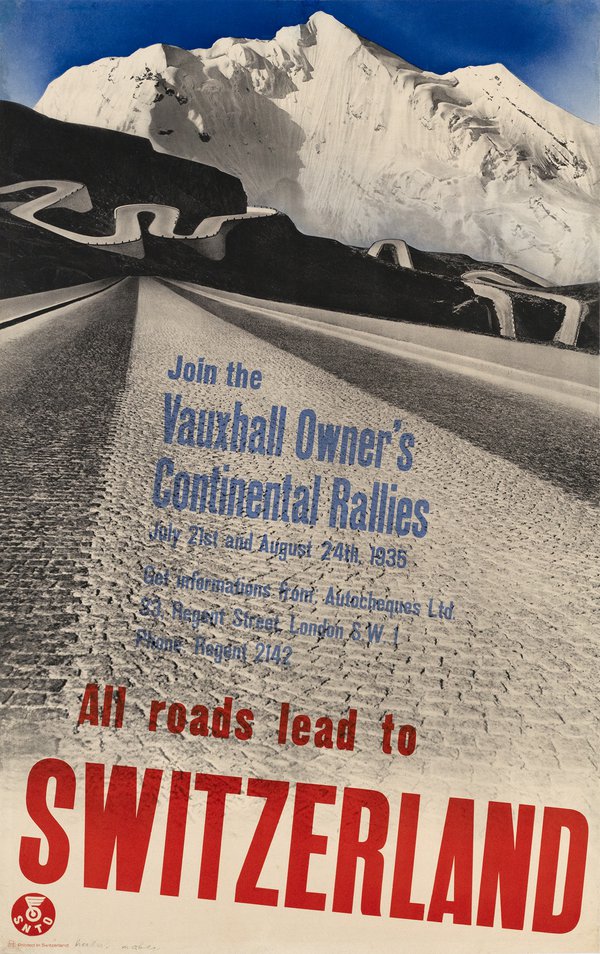 All Roads lead to Switzerland 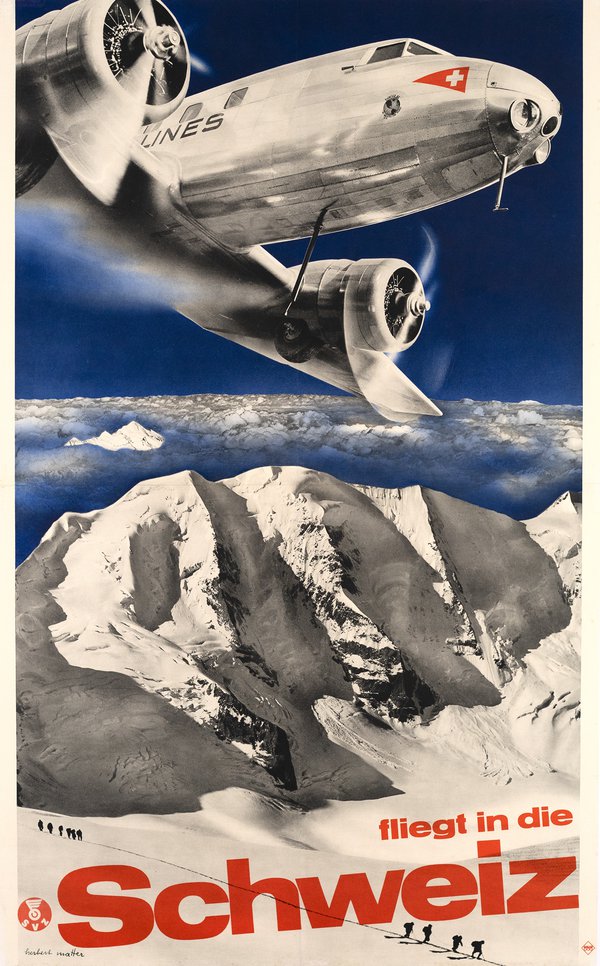 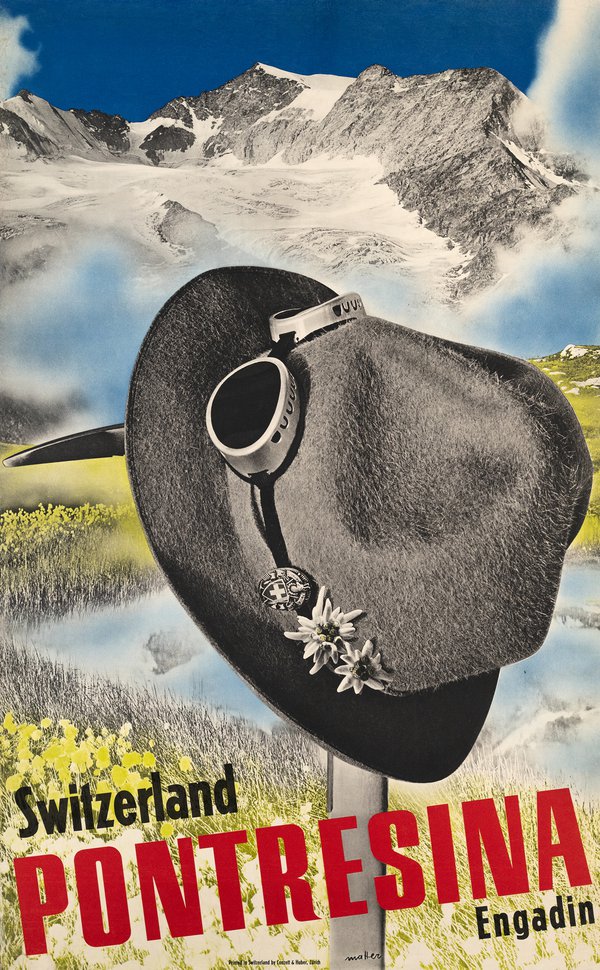 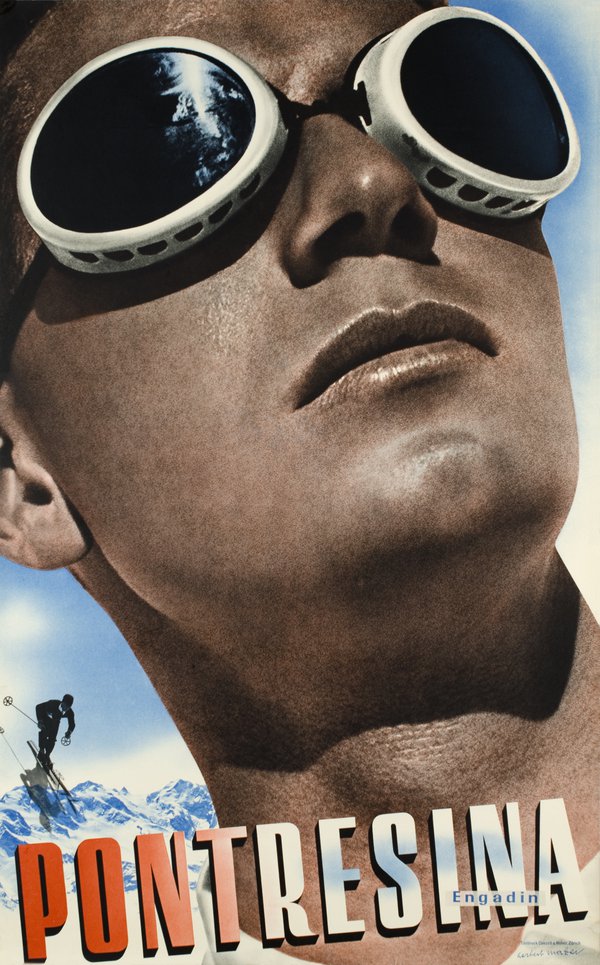 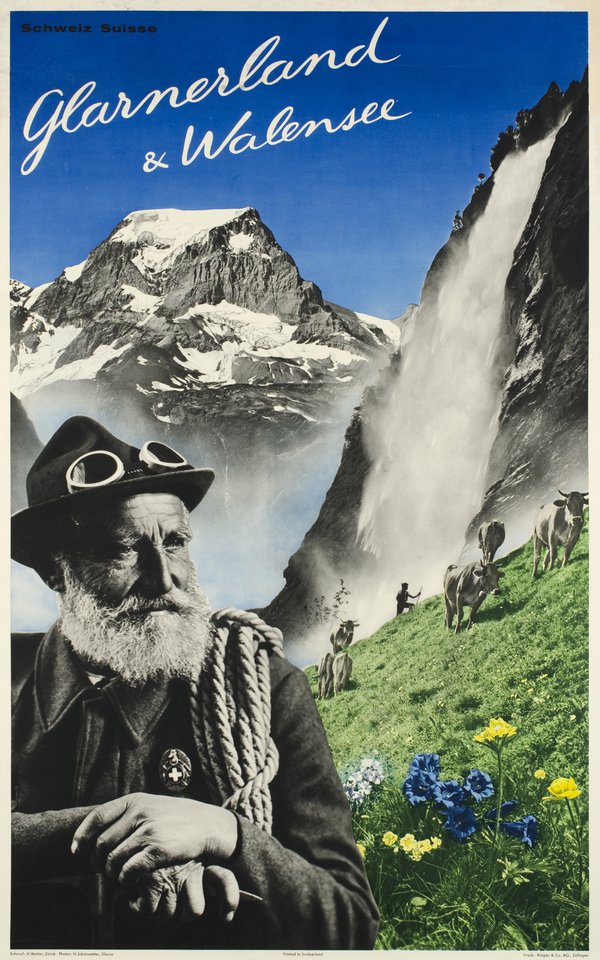 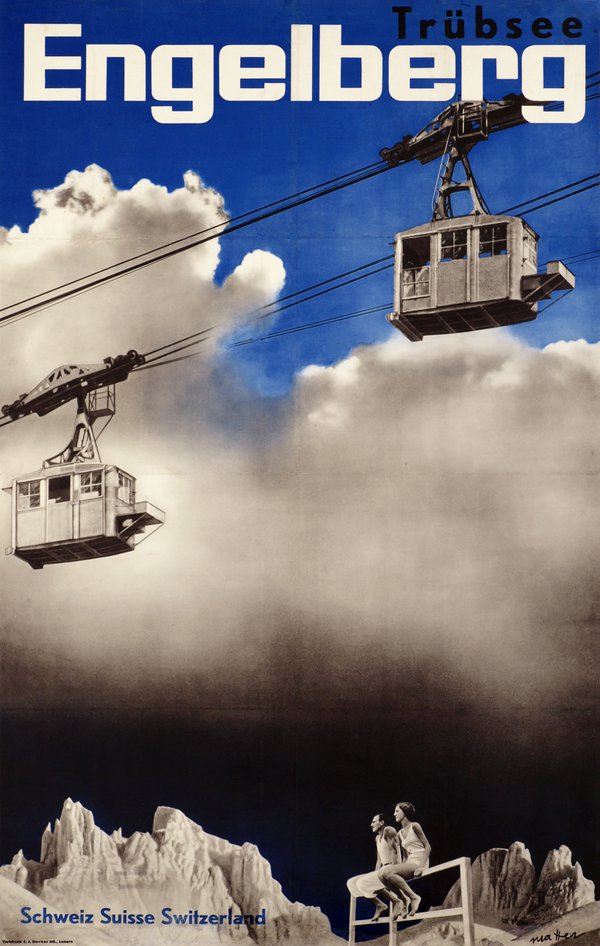 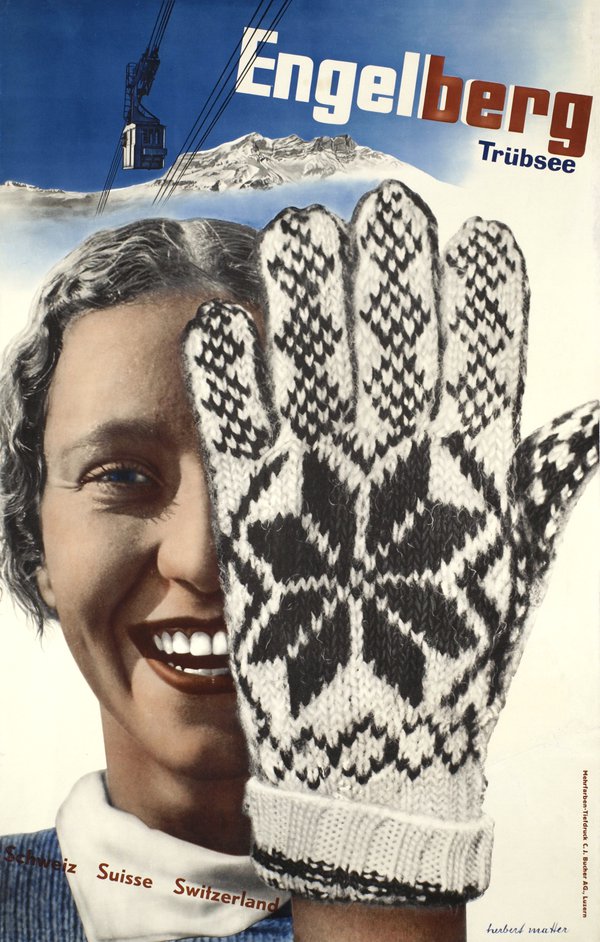 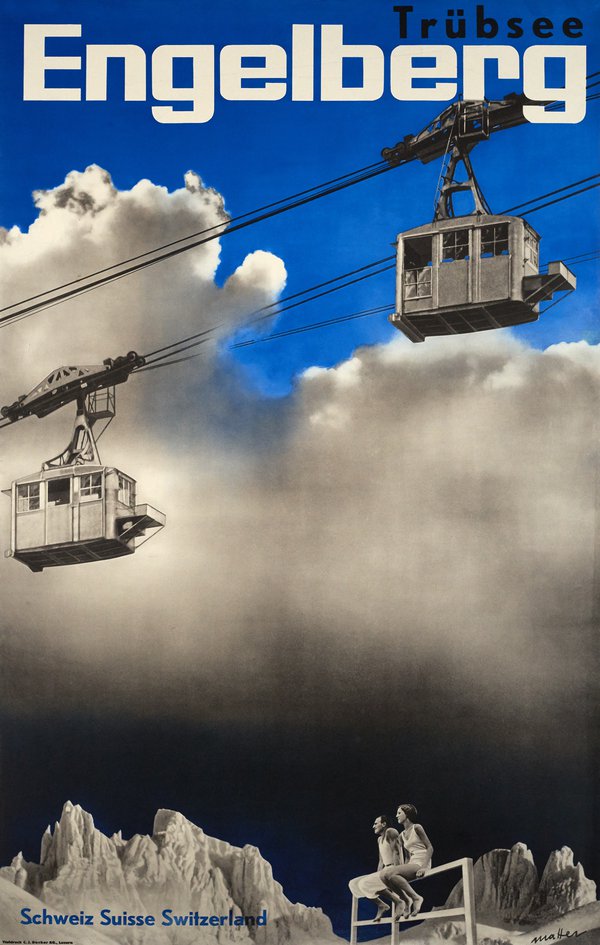 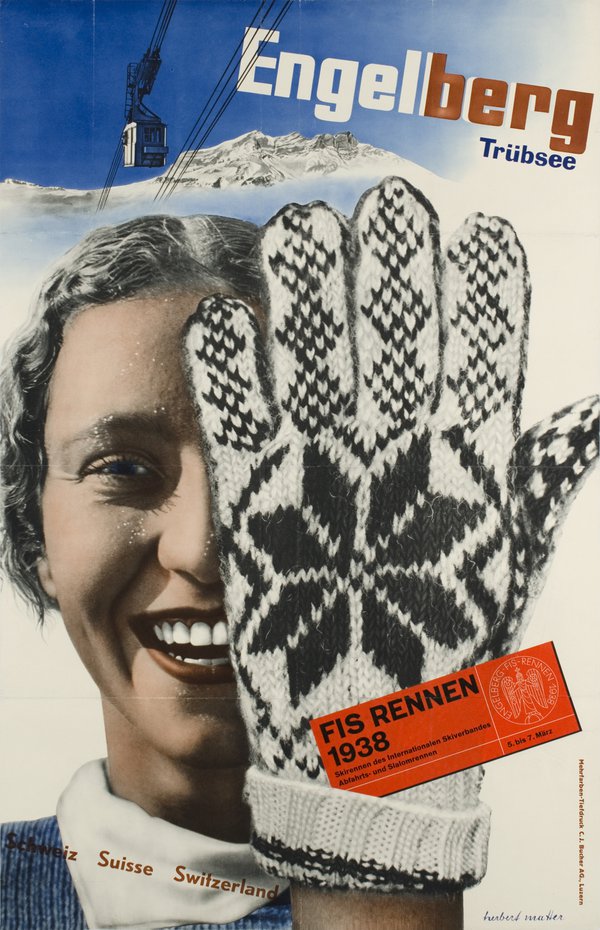 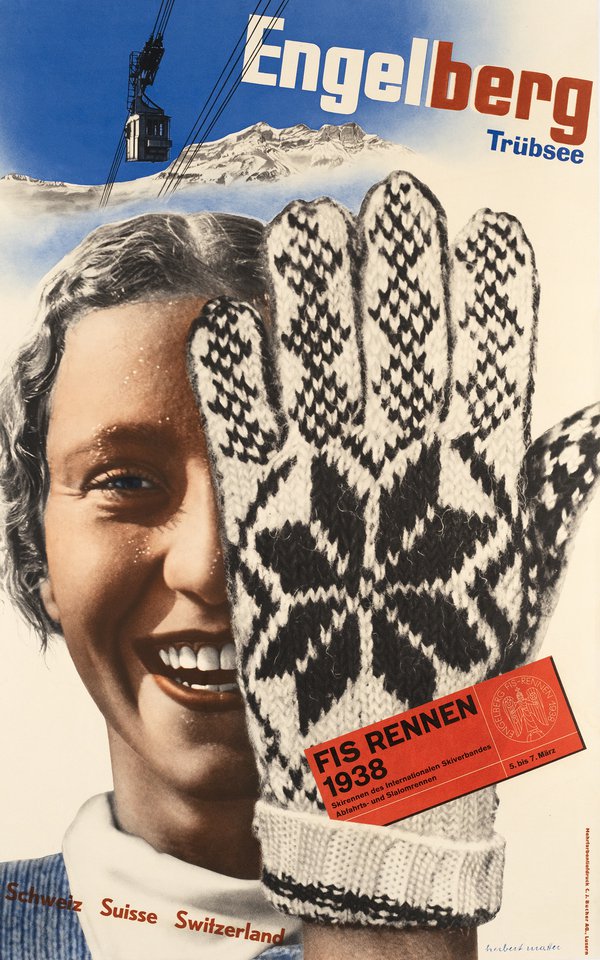 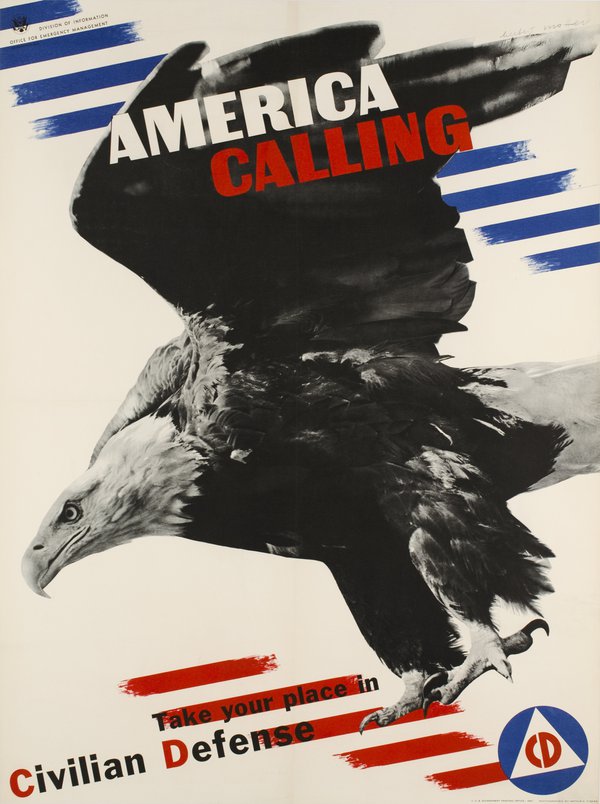 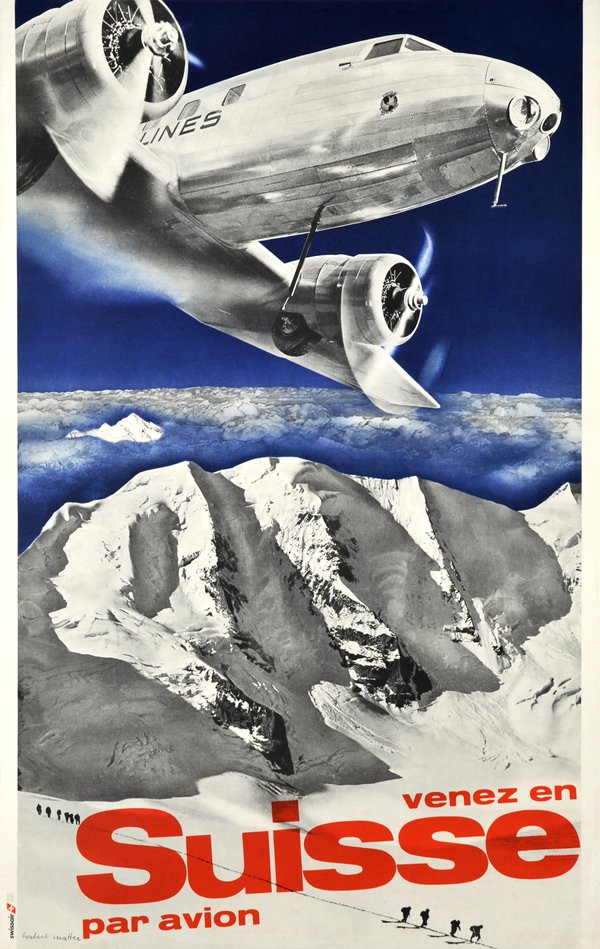