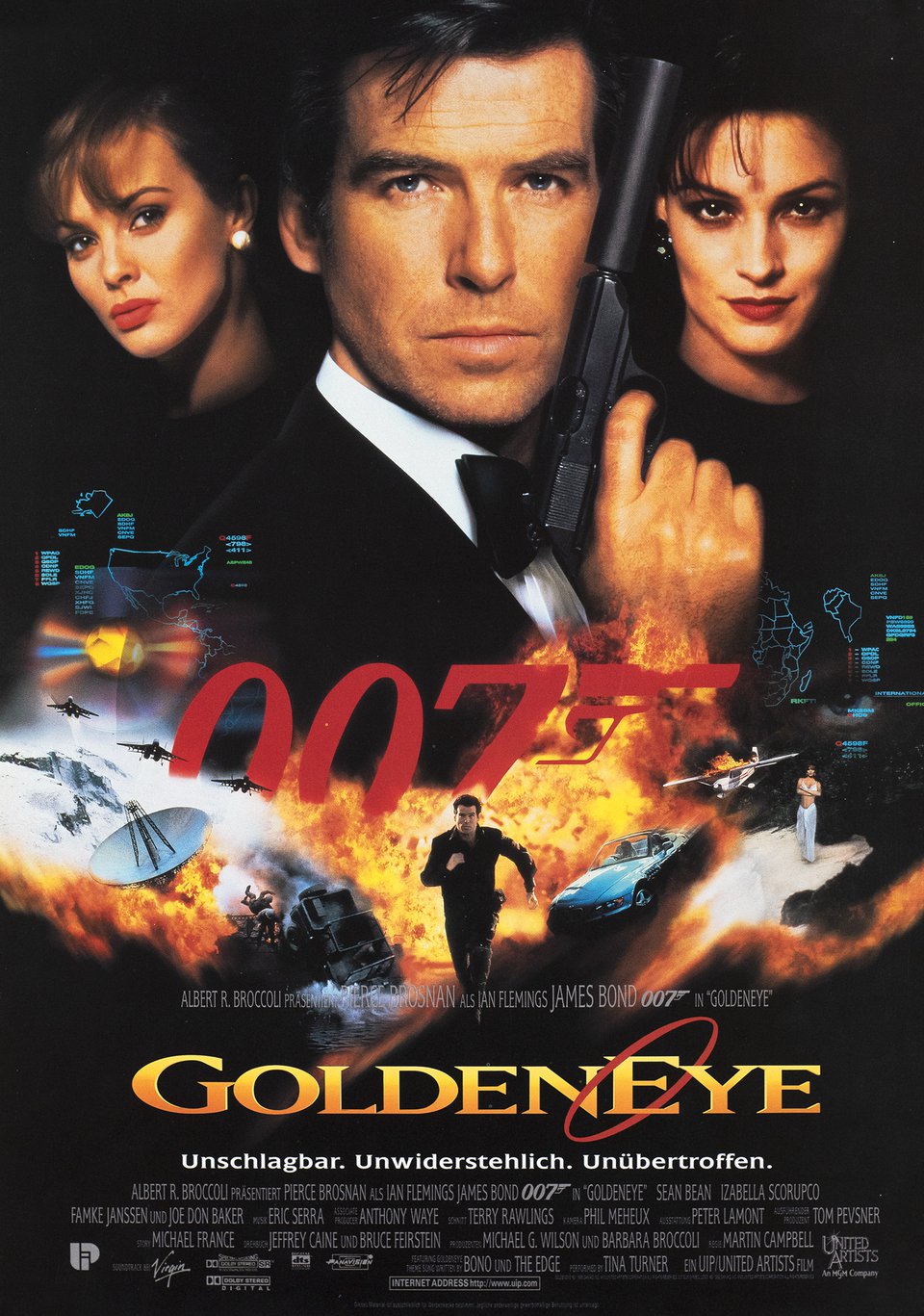 “"No limits. No fears. No substitutes. Golden Eye” small size poster issued in 1996 for the European VHS release.