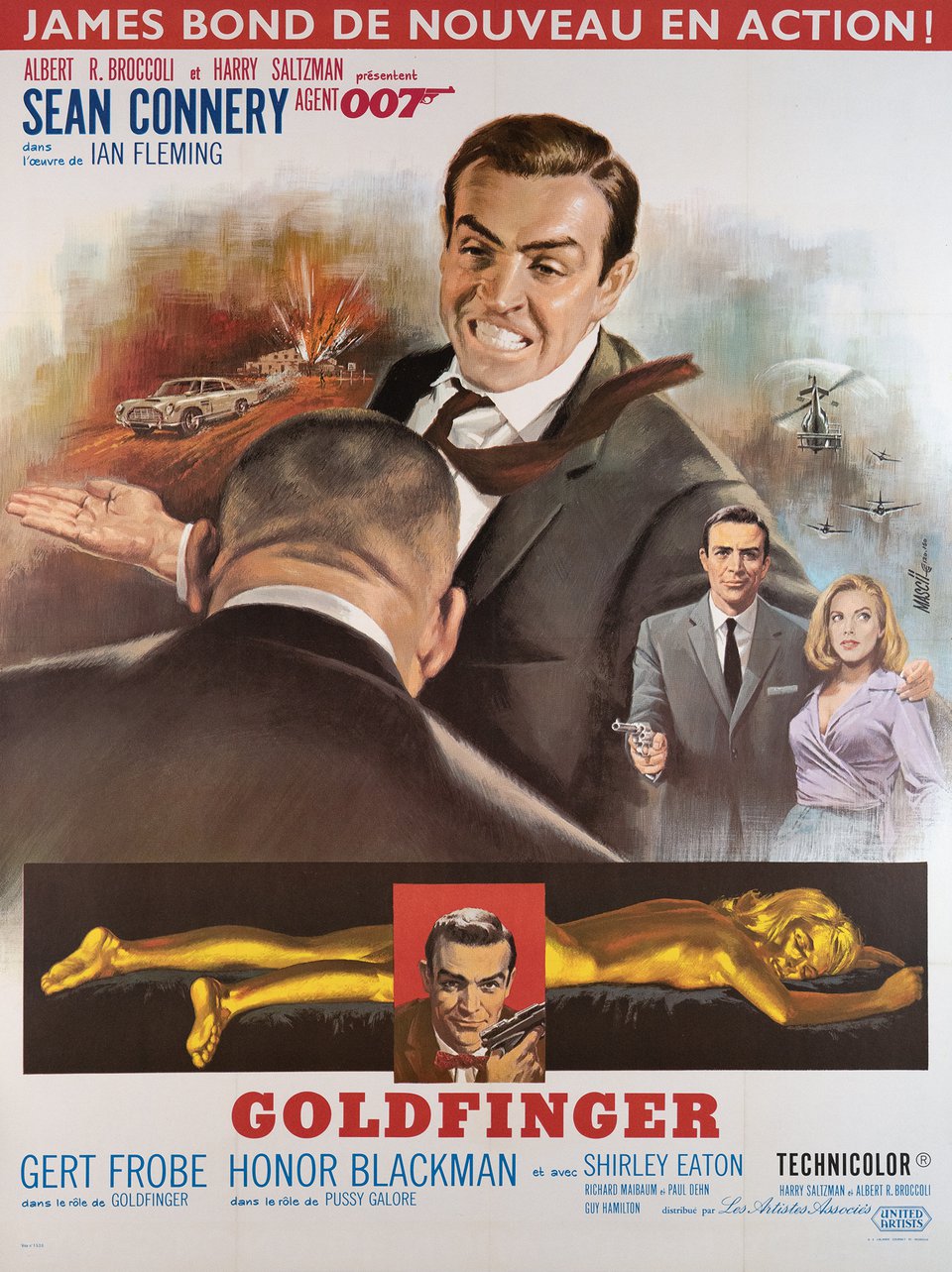 "Goldfinger"
Released in Great Britain the 17th of September 1964.

"Goldfinger"
Released in France the 18th of February 1965.
Sean Connery in the role of James Bond with Honor Blackman as the Bond girl.

edition circa 1978
Printed by S.E. Lalande-Courbet