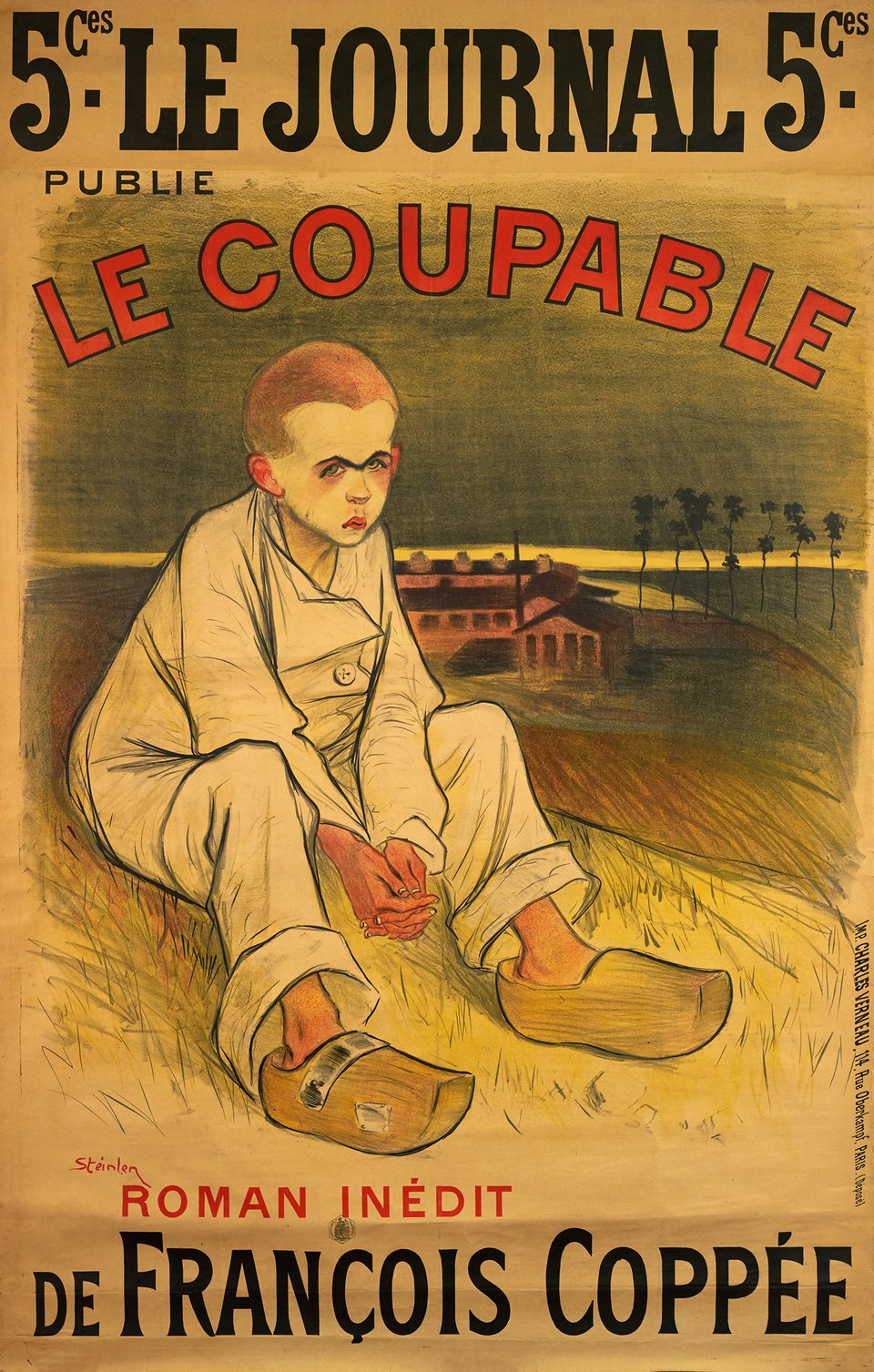 158 x 100 cm
62 x 39 inch
Poster for Le coupable (the Guilty). This novel by the French writer François Coppée was firstly published into the newspaper "Le Journal, only 5 cents". Theophile Alexandre Steinlen (1859-1923) who designed this poster, started his poster career in 1885. He produced a myriad of images for books, periodicals, paintings, lithographs, and posters, as well as bronzes, and he was considered one of the greatest poster designers of the Belle Epoque. Born in Switzerland, Steinlen studied philosophy at the University, which engendered an interest in socialist causes. The artist moved to Paris in 1881 and was introduced to the avant-garde literary and artistic world of the Chat Noir cabaret. There he mingled with the illustrator Adolphe Willete, the singer/songwriter Aristide Bruant, and the idiosynchratic Toulouse-Lautrec. The influence of his peers can be clearly seen in the subject as well as the style of his artwork.