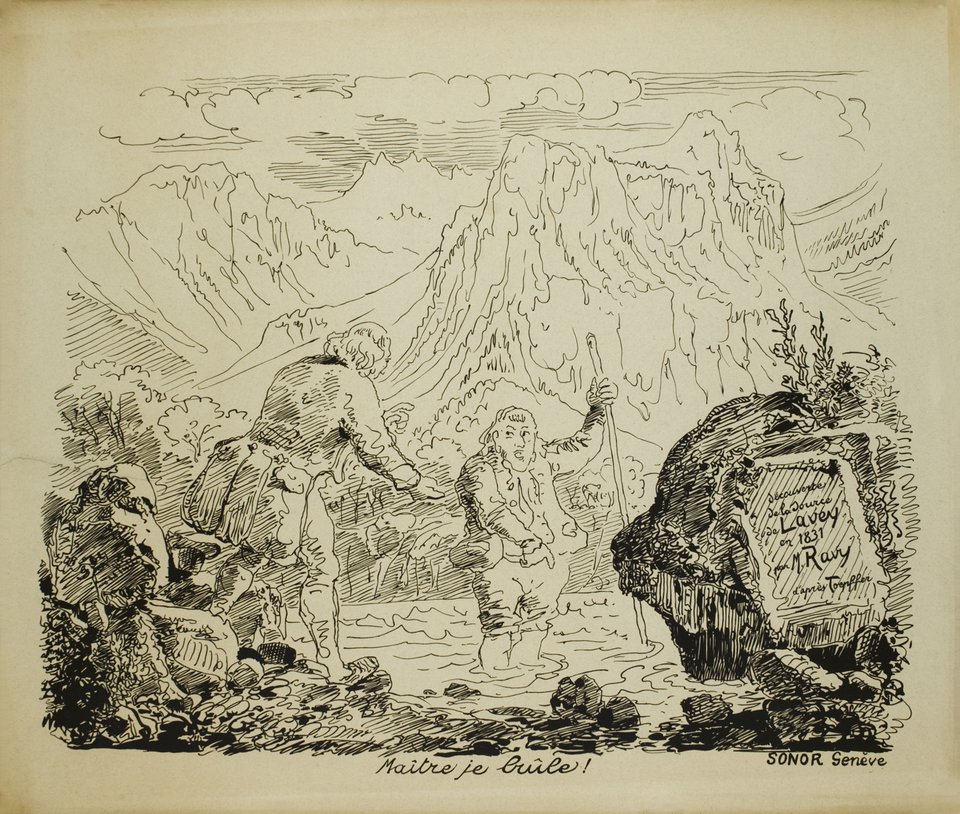 75 x 89 cm
29 x 35 inch
Fine lithograph on stone 'd'après' Rodolphe Toepffer (1799-1846) printed by Sonor in the twenties. Genevan teacher, writer and illustrator, son of a famous caricaturist, Rodolphe Toepffer is considered as "The father of the Comic Strip". From 1827, he drew stories in sequential images that closely linked text and illustration. Conscious of having invented a new sort of art which he called "literature in print", he wrote the first theoretical book on the comic strip in 1845. Toepffer created a boarding school of young boys who he took on school excursions throughout Switzerland and the Alps. These travels would be illustrated in short stories to amuse his young pupils. At the end of his life, suffering from a liver complaint, Toepffer went for a health cure for three weeks in Lavey. This stay would inspire his illustrated narratives entitled " Memories in Lavey 1843" which would be published in the "last zigzag travels". This lithograph represents an episode of the thermal spring from Lavey's history at the time of its discovery by Ravy and his servant. The latter exclaims "Master, I burn !" on contact with water, according to Toepffer's story. Lavey-les-Bains is today a famous health resort in the canton of Vaud. It is the hottest natural spring in Switzerland.