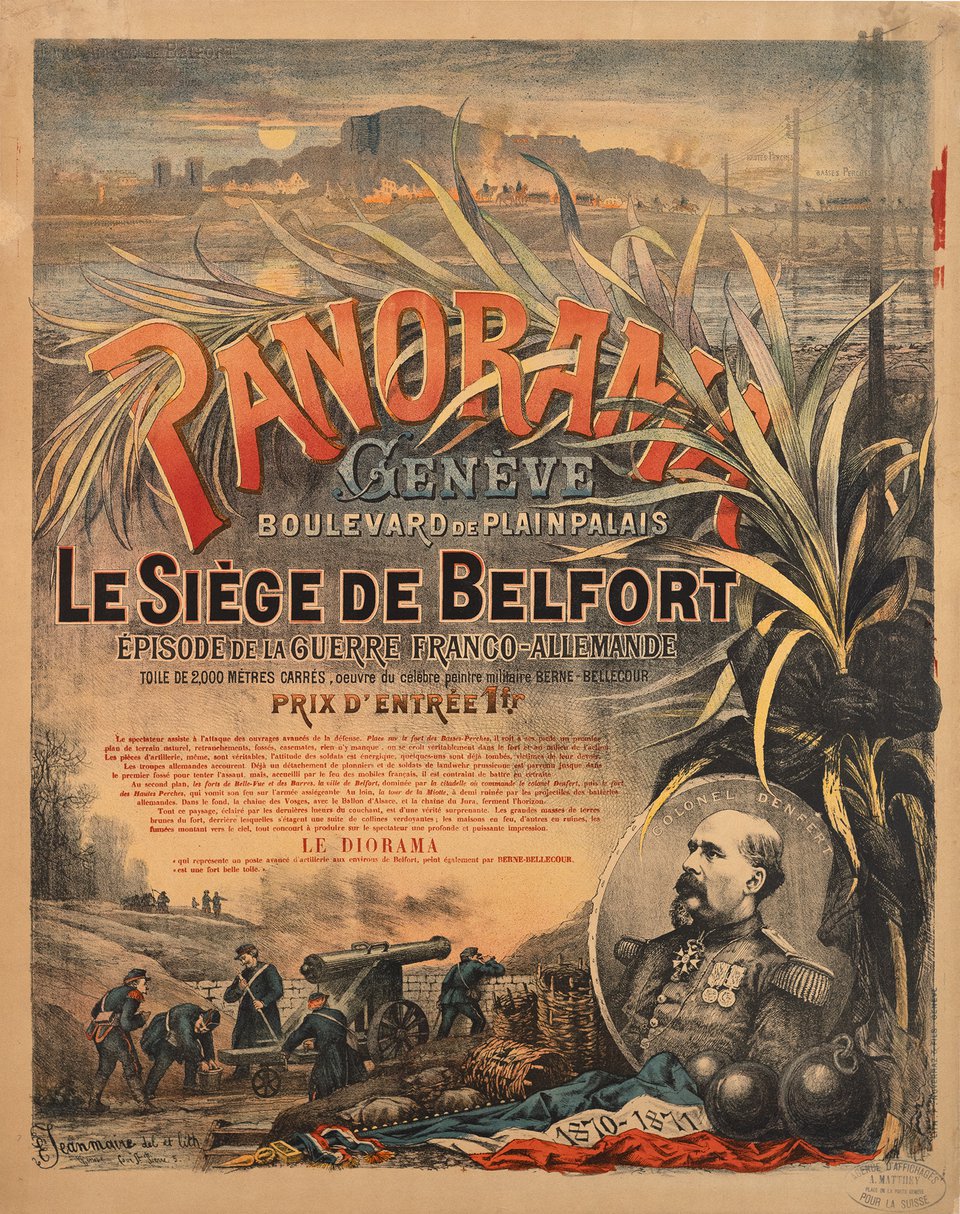 Extremely rare poster from 1889, designed by the Swiss painter Edouard Jeanmaire (1847 - 1916) for the Panorama / Diorama of the "Siege of Belfort, episode of the Franco-German War 1870 - 1871". Presentation of the panorama on a 2000 square meter canvas, by the famous French military painter Etienne-Prosper Berne-Bellecour (1838-1910), with a Diorama representing an advanced artillery post.

This Panorama and this staging were presented in Geneva from 1889 to April 1897 at the Diorama on the Boulevard Georges-Favon in the Plainpalais district, built by Jacques-Elysée Goss, the architect of the Grand Théâtre de Genève.

Edouard Jeanmaire is a painter known for his paintings of the Jura and the Neuchâtel mountains. He designed several posters in a classic late 19th century style, notably for the Panorama / Diorama of the battle of Belfort and for the Panorama of the passage of the French army at Les Verrières.

Poster printed in lithography in 1899 by A. Noverraz in Geneva.