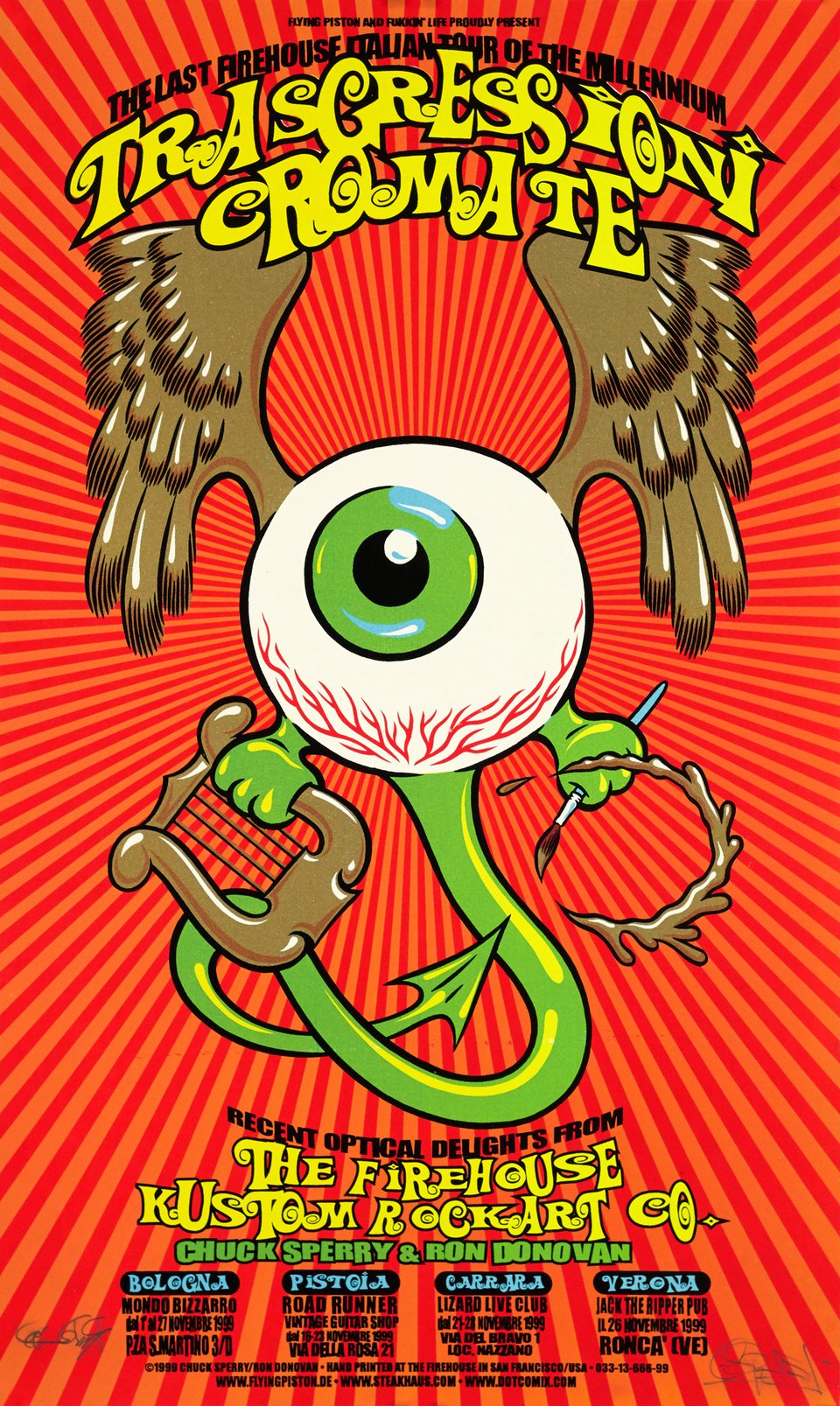 The surreal use of the eye as musical angel and demon.

The "Firehouse Kustom Rockart Company" was created by two artists, Chuck Sperry and Ron Donovan. Their subversive eye-catching screen prints are a mix of juxtaposing colour theory and humourous psychedelic infused imagery. They have worked with some of the biggest names in the music industry including the Rolling Stones, The Beatles, Smashing Pumkins, Pearl Jam, UZ, Beastie Boys, Queens of the Stone Age, Limp Bizkit, Hole, Johnny Cash, John Lee Hooker, Cheap Trick and many others. The Firehouse Company produced screen prints from 1997-2012 and both of the artist's work have been exhibited at leading San Francisco institutions including the San Fransisco Museum of Modern Art.